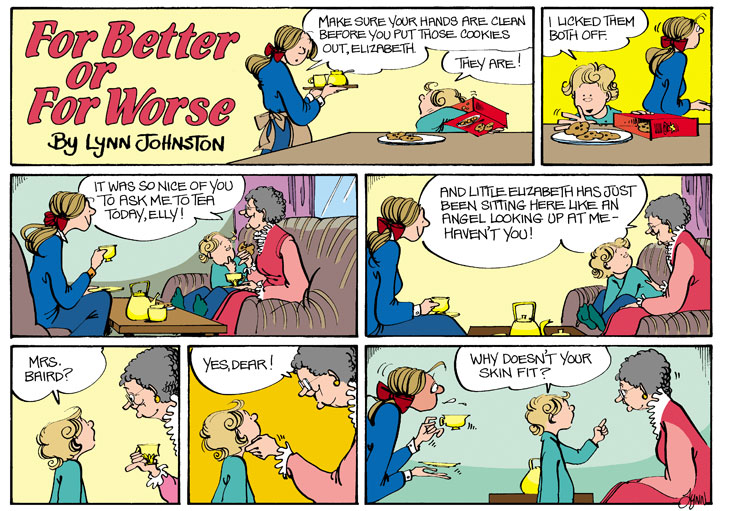 In Books: It's One Thing After Another
Daily or Sunday: sunday
Items: cookie, tea, teapot 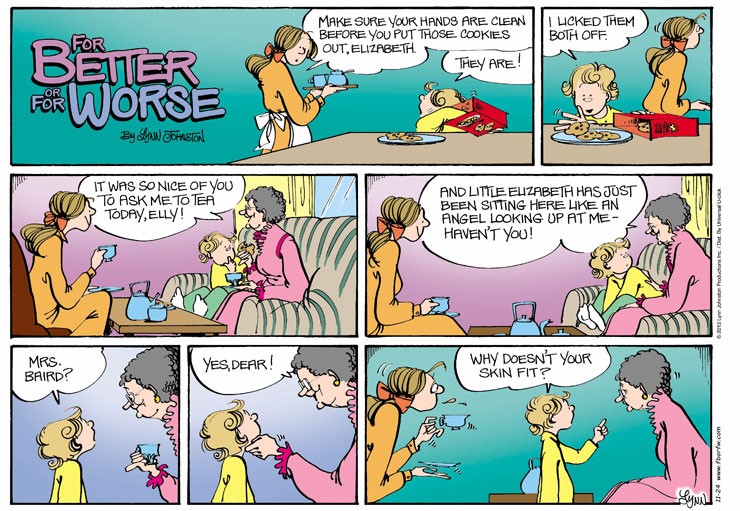 Lynn's Comments: Ours was an "English" household. My mom would often invite someone over for tea, and tea was served with a ritual of cubed sugar and freshly baked cakes. Kids had to be seen and not heard. If we wished to stay in the living room within reach of the desserts, we had to be patient, quiet, and still. This gave us ample time to research the guest's physical attributes and to think of suitable questions to ask later. Sometimes the questions came out before the guest's departure. I made some gaffes, but I don't remember saying anything punishable.

What I do remember is my mother telling me something she had once done. One of her mother's tea time guests was a stern, humourless woman who disapproved of children being within hearing distance of an adult conversation. My mom waited and watched in silence as the two women drank and gossiped. Eventually her mother acknowledged her presence and asked if there was anything she'd like to say. Surprised by the opportunity to speak, my mom turned to the haughty lady at the table and said, "You have a very pretty hat. It would look better if it had a smile under it."

In Books: It's One Thing After Another
Daily or Sunday: sunday
Items: cookie, tea, teapot