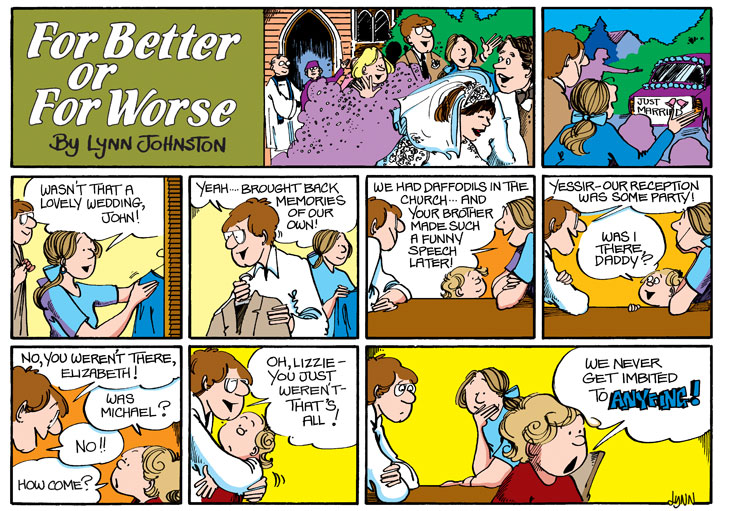 In Books: In The Beginning, There Was Chaos, Our Sunday Best, The Lives Behind the Lines
Daily or Sunday: sunday 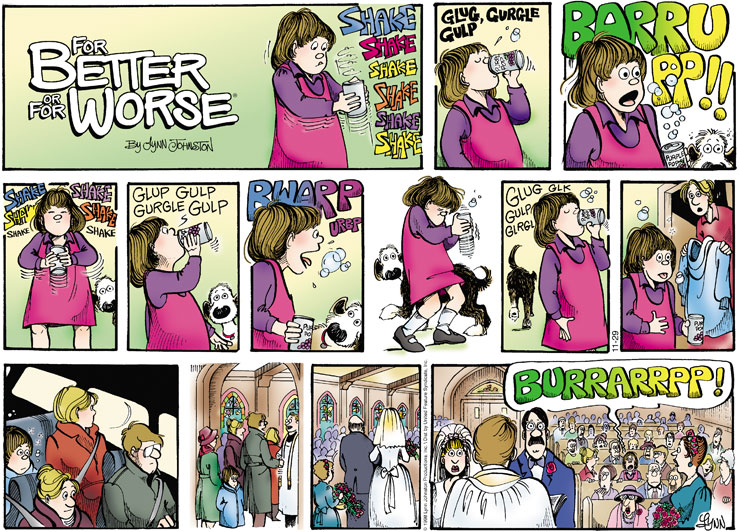 In Books: The Big 5-0
Daily or Sunday: sunday
Items: can of pop 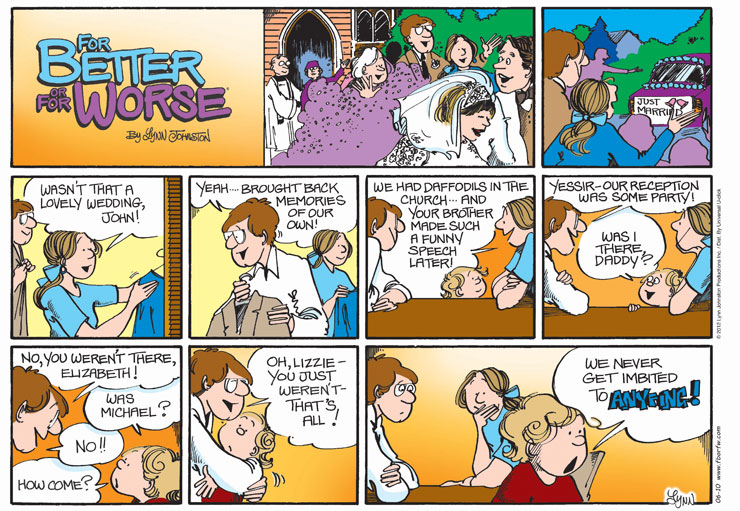 Lynn's Comments: In reality, Rod and I had a very different kind of wedding. It was his first; my second, and we both wanted a small, private ceremony. Neither Rod's nor my parents could attend, so our friend, Marjorie Baskin, suggested we use the living room in her house--as her husband, Rabbi Baskin, was going to do the honours. She made us a cake. My brother and a few good friends were there. It was a beautiful service--a combination of Christian and Jewish ritual, which concluded with the breaking of a wine glass. It was a sunny afternoon and friends were looking after Aaron who, at the age of two, was not likely to sit still. After a celebratory drink and a piece of Marge's cake we went to pick him up. Aaron wasn't sure what had happened, but he knew our lives had changed. I picked him up and as he gave me a hug, he said, "I've now got a mom and a Rod!" This, as much as the ceremony, made us a family!

In Books: In The Beginning, There Was Chaos, Our Sunday Best, The Lives Behind the Lines
Daily or Sunday: sunday