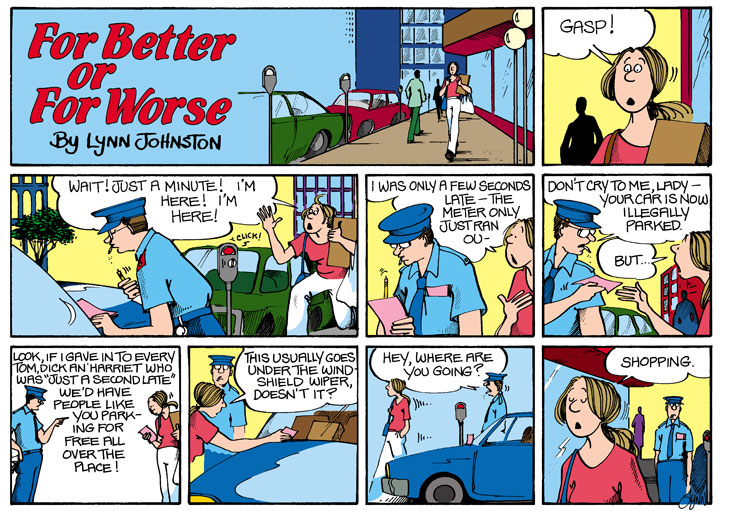 In Books: It's All Downhill From Here
Daily or Sunday: daily
Items: brochure, sandwich board 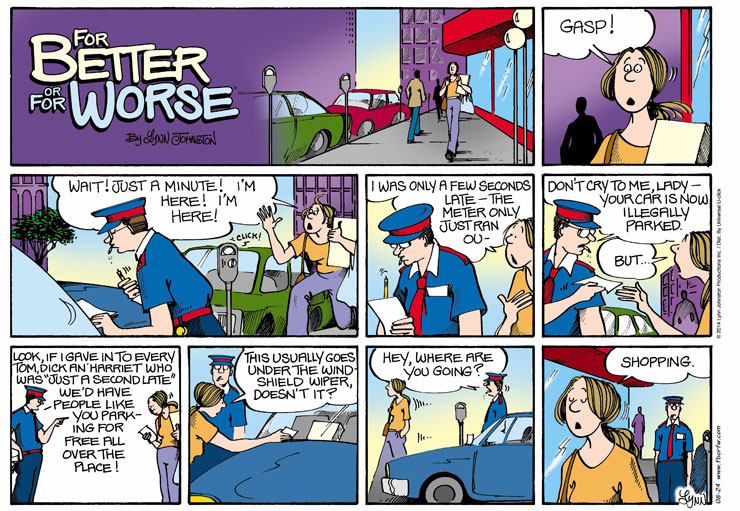 Lynn's Comments: There was a very funny variety show on the CBC (Canadian Broadcasting Corporation) called "Madly Off In All Directions." The host was Lorne Elliott. When he asked me to do a 10-minute comedy spot on the show. I agreed and then discovered how hard it is to do stand-up comedy! This adventure resulted in a friendship between myself and Lorne, and --(here's the reason for this story)--he told me about a band he once played in. The name of the band was "Free Beer." He said they would put a sandwich board on the street in front of the bar they were playing in. The sign would say, "Tonight, from 9:00 until midnight, Free Beer!" People would pile into the bar waiting for 9:00, and when they discovered that "Free Beer" was the name of the band, they'd be really ticked off--but would already be sitting at a table with a beer in hand and looking forward to a show. The band now had a good sized but angry audience. "This," he said, "forced us to be a really good band!"

In Books: It's All Downhill From Here
Daily or Sunday: daily
Items: brochure, sandwich board