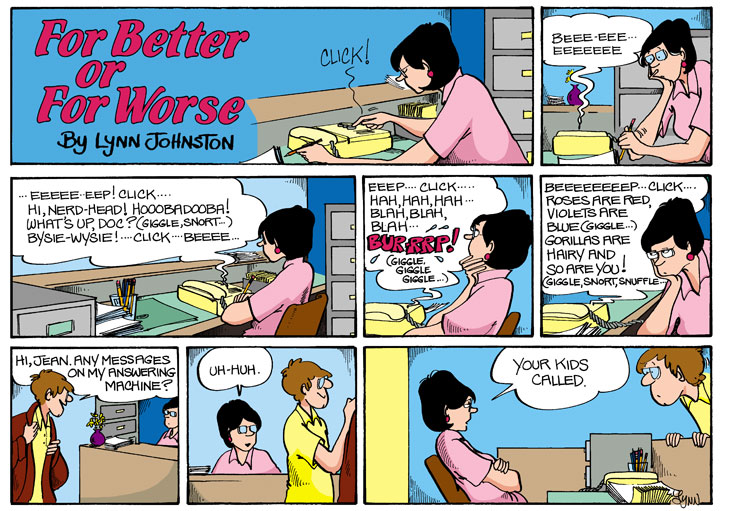 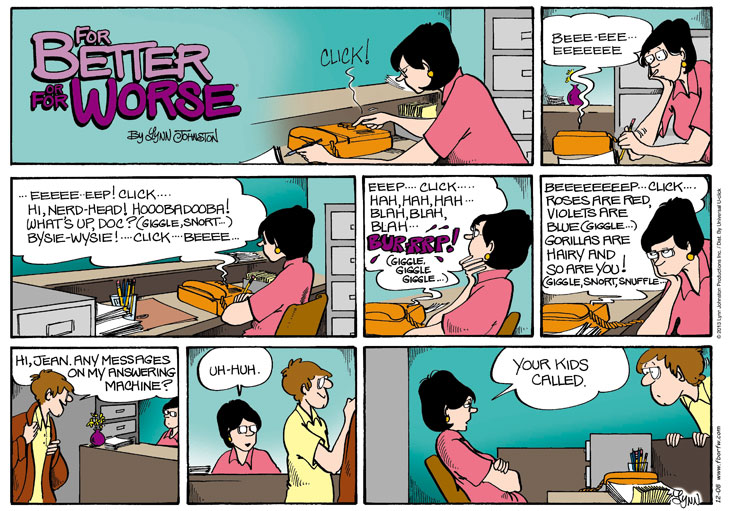 Lynn's Comments: When they first came out, answering machines were a new toy for everyone. Some folks were horrified by the thought of leaving a recorded message, while others became instant hosts of their own daily show. I loved the way folks said, "Hi, I'm not here right now." -- as if they had gone to that place on "the other side." It was hard to record it right the first time, so I found saying repeatedly that I wasn't there depressing. Kids enjoyed the anonymity and entertained themselves by irritating anyone who had this device, but eventually we all became accustomed to and dependent on the answering machine. Now we're adapting to much more sophisticated toys!