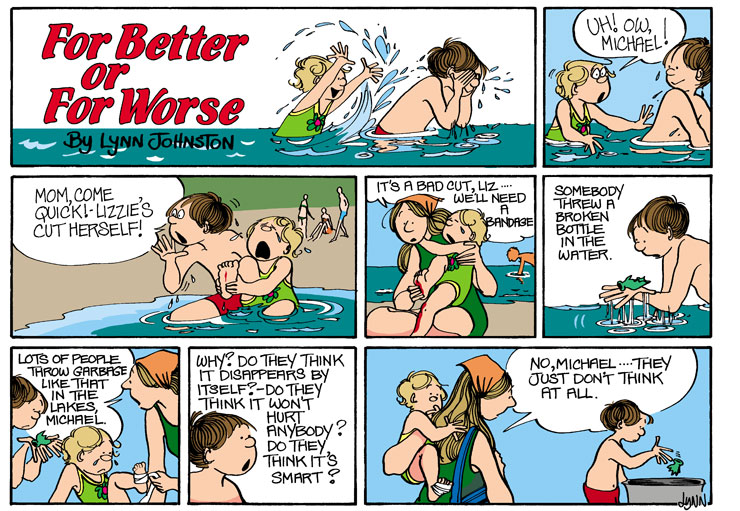 In Books: In The Beginning, There Was Chaos, Our Sunday Best
Daily or Sunday: sunday
Items: broken bottle, kerchief 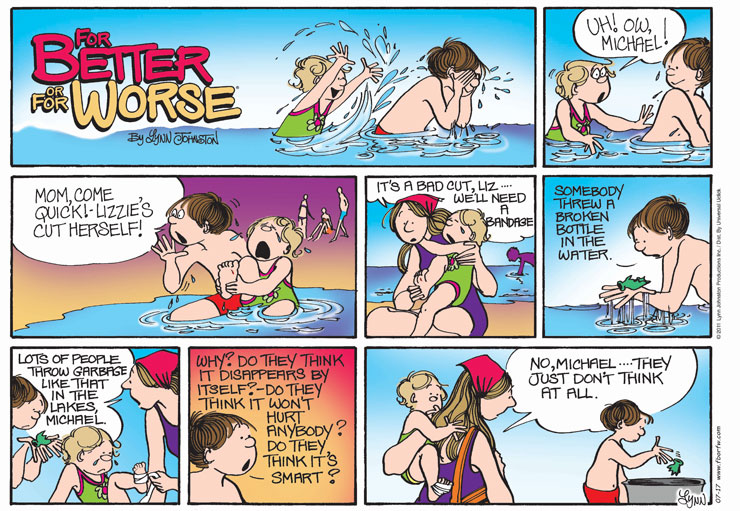 Lynn's Comments: Cartoonists are discouraged from using comic strips as a platform for preaching reform - but every now and then, something really gets under your skin and you simply have to write about it. For me, littering is a red flag. If I ruled the world all convicted litterists would receive a stiff fine, a broom and a dustpan. They would be sentenced to cleaning the community streets, parks and beaches for as long as it took to reform them - and even then, they would be on parole. When Katie cut her foot on a broken beer bottle at the beach one weekend, I penned this Sunday page - and the response was immediate. I received a lot of mail from folks who feel the same way I do - and it occurred to me: with so many people angry, frustrated and disgusted by littering, why do we still have so darned much of it??!!

In Books: In The Beginning, There Was Chaos, Our Sunday Best
Daily or Sunday: sunday
Items: broken bottle, kerchief