In Books: I've Got The One-More-Washload Blues, Something Old, Something New
Daily or Sunday: daily
Items: broom, mess 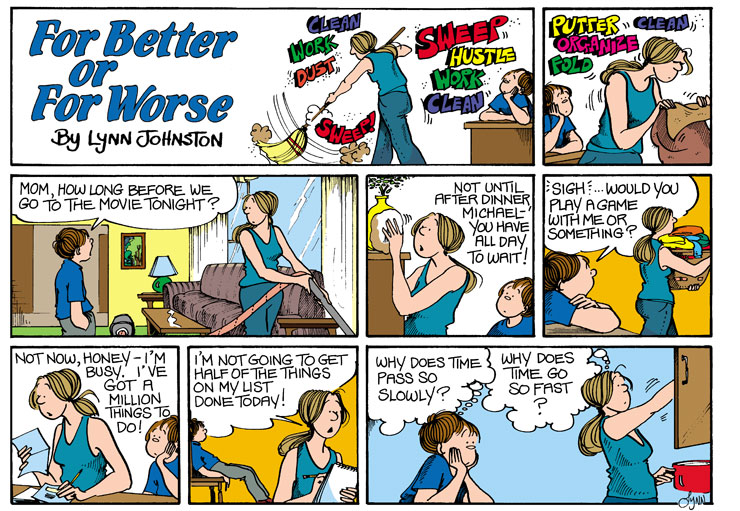 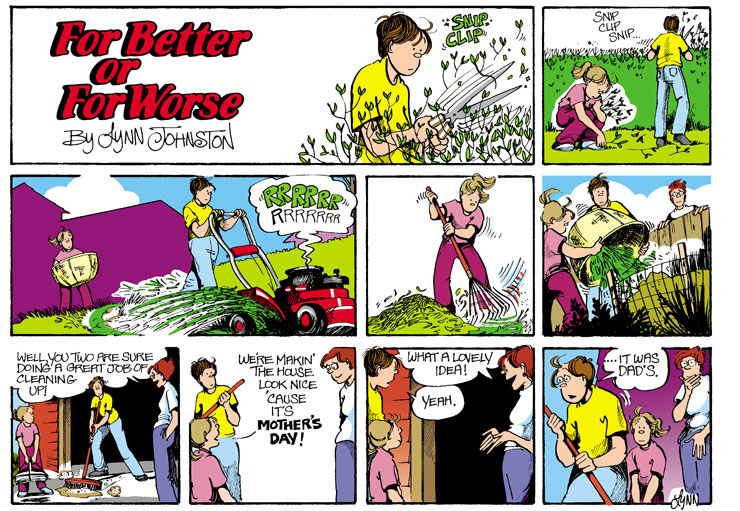 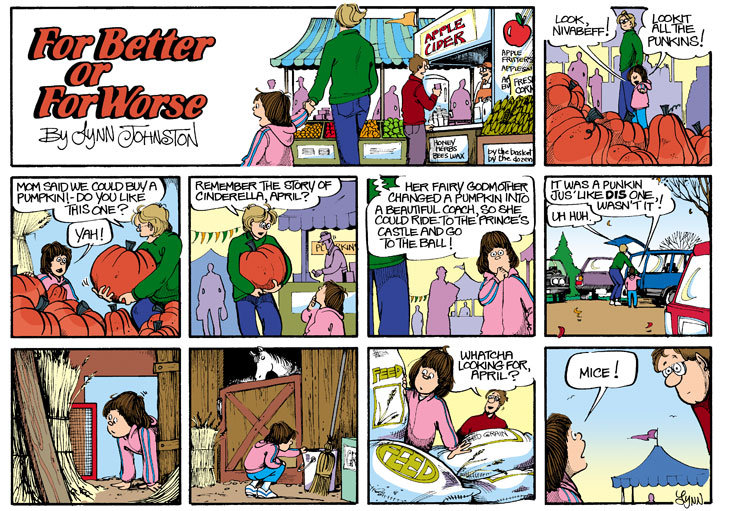 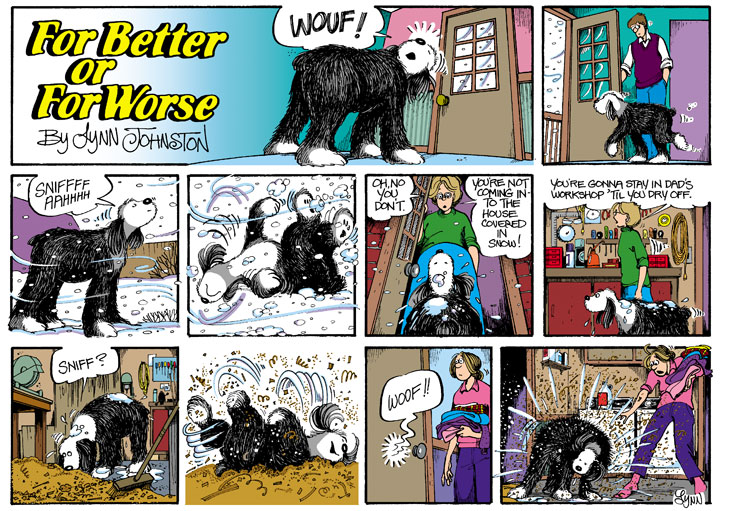 In Books: Graduation: A Time For Change, The Lives Behind the Lines
Daily or Sunday: daily
Items: broom, dustpan 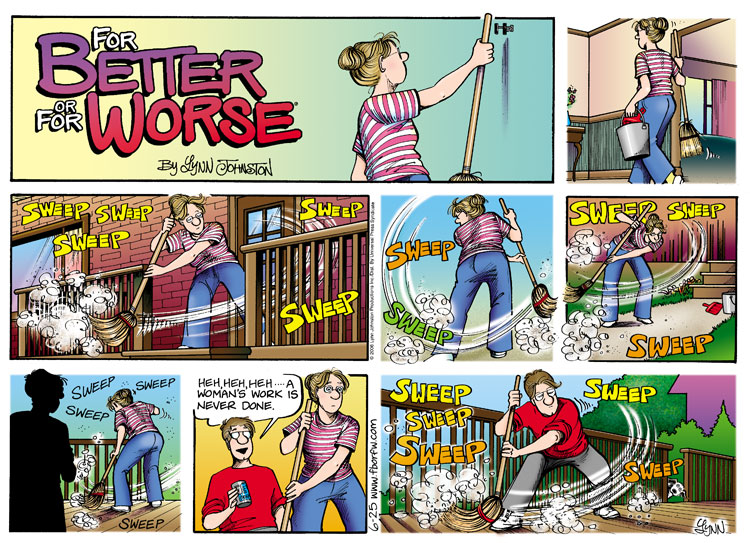 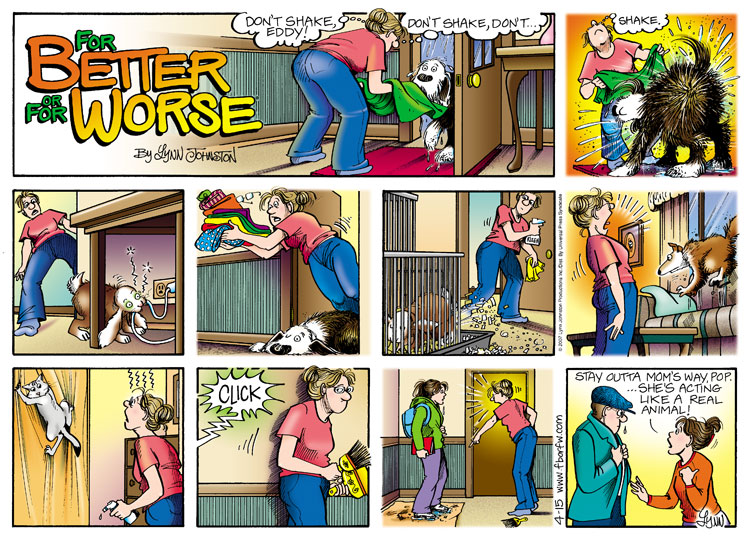 In Books: I've Got The One-More-Washload Blues, Something Old, Something New
Daily or Sunday: daily
Items: broom, mess

Lynn's Comments: Kevin, who does my colouring (and other graphic necessities), asked me to put an extra strip into this week of dailies in order to make the dates coordinate with the 2010 calendar. This was fun to add, and brought back memories of cleaning out the fireplace for Santa's nocturnal arrival. We had a large fireplace in the Lynn Lake house and sweeping it out was as much of a ritual as cutting the tree. First the charred wood was disposed of, then the grate was cleaned and the alcove swept and vacuumed out so Santa wouldn't get any soot on the rug. In front of the fireplace we would then set out Katie's little blue table and chairs on which was ceremoniously placed a plate of cookies and a glass of milk. The stockings were hung from nails under the mantelpiece and were always big, woolly ones made for northern winters. Aaron, being older, already knew about Santa but it was a long time before the mystery was explained to Katie. I think the best Christmases are the ones we share near a fireplace with people who believe in magic!

In Books: In The Beginning, There Was Chaos
Daily or Sunday: daily
Holiday: Christmas
Items: broom, dustpan, log, mess, newspaper

Lynn's Comments: As kids, our backyard parking space was a covered rectangle--which smelled of cat spray and mud. North Vancouver's heavy rainfall was the one thing we needed protection from. Sweeping out the garage would have been a serious chore--if we had one. It wasn't until I moved my family to Ontario that a garage became familiar and oh so necessary. At this point, it was MY kids who hated sweeping the garage! 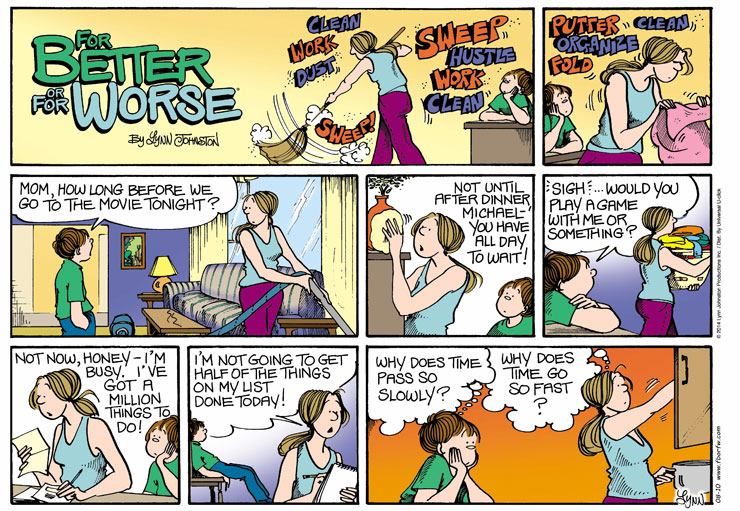 Lynn's Comments: One of our traditions at Christmas was to clean out the fireplace. This was a good thing. We'd have forgotten otherwise. This is a pretty accurate illustration of our living room in Lynn Lake--complete with the crud on the rug. 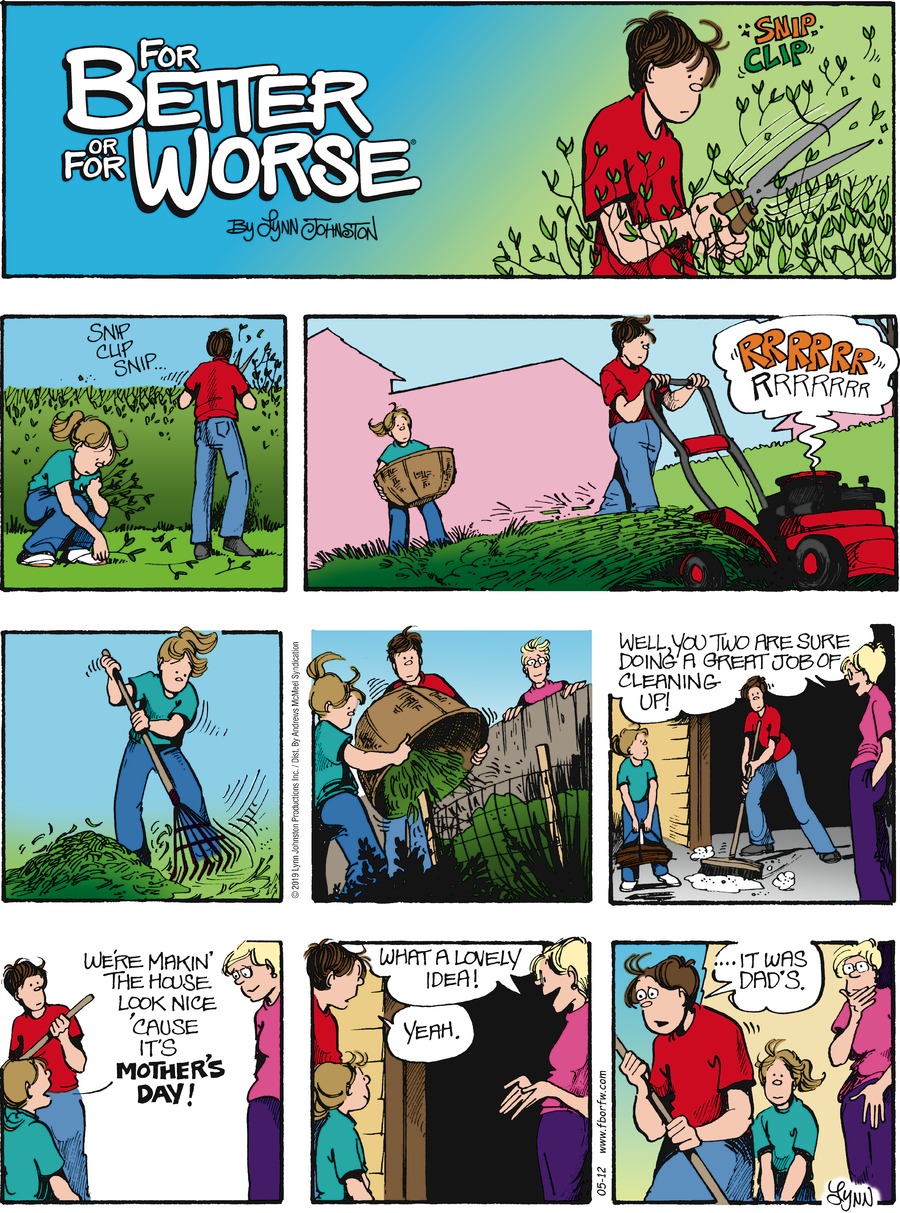