In Books: It's All Downhill From Here
Daily or Sunday: daily
Holiday: Autumn
Items: cup of coffee, encyclopedia, leaves, pot of coffee 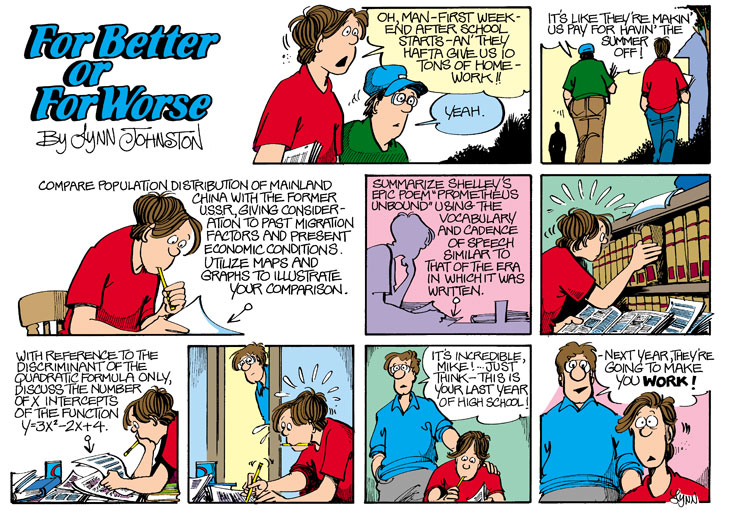 Lynn's Comments: We once owned the full set of The Encyclopaedia Britannica. I bought this enormous set of books when we lived in tiny Lynn Lake, Manitoba. It was an arctic community into which you really had to fly. At the time, the population wasn't much more than 1200. There was only one radio station, there was no library, and the newspaper came a day late. Other than folks selling things like Avon, there were no door-to-door salespeople--it was just too far to go! When a young Britannica salesman came to our door, I was surprised. I invited him in. I had been thinking that in this area some encyclopaedias would be a great investment. He started to rattle off his pitch, but I stopped him and said it was OK! I was going to buy the whole set! He looked me in the eye in absolute disbelief. "Lady," he said, "I have flown to just about every small community in northern Manitoba, and you are my very first sale!"

In Books: It's All Downhill From Here
Daily or Sunday: daily
Holiday: Autumn
Items: cup of coffee, encyclopedia, leaves, pot of coffee