In Books: I've Got The One-More-Washload Blues, Something Old, Something New
Daily or Sunday: daily
Items: fishing rod

In Books: In The Beginning, There Was Chaos, It Must Be Nice to Be Little
Daily or Sunday: daily
Items: dock, fishing rod, tackle box 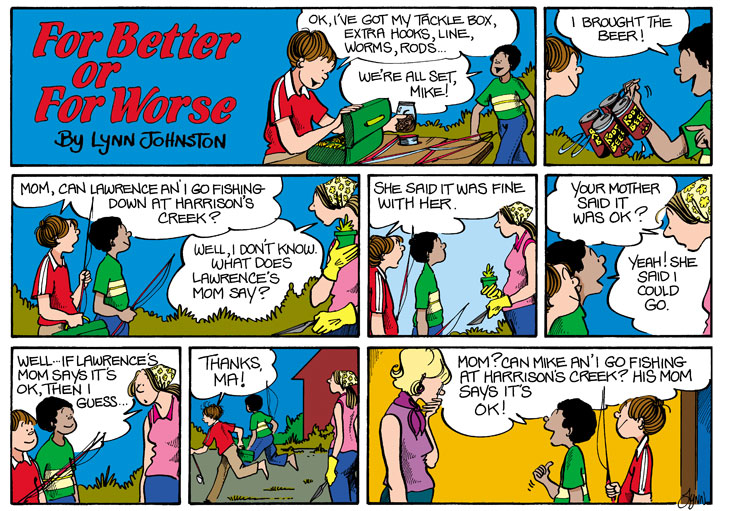 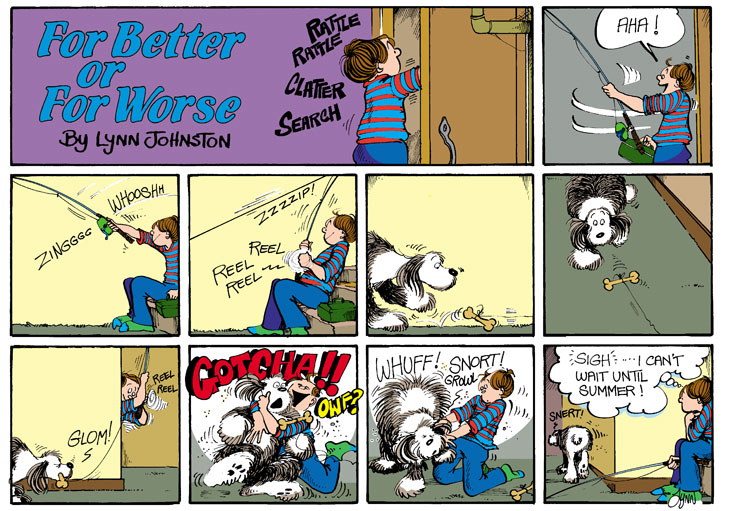 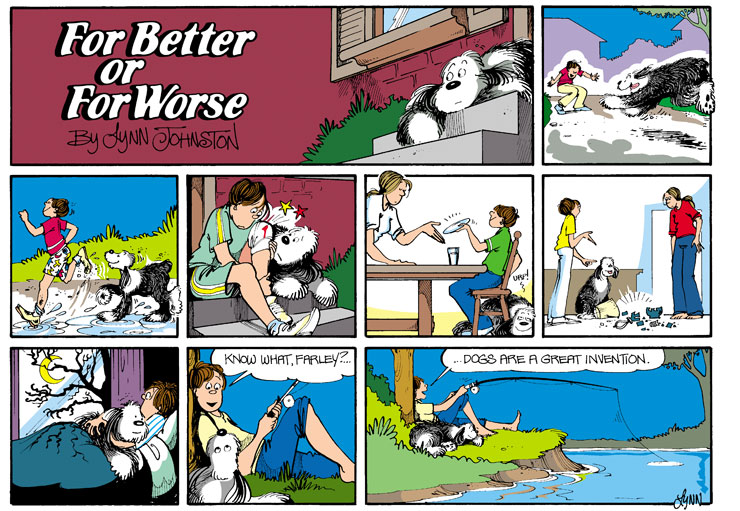 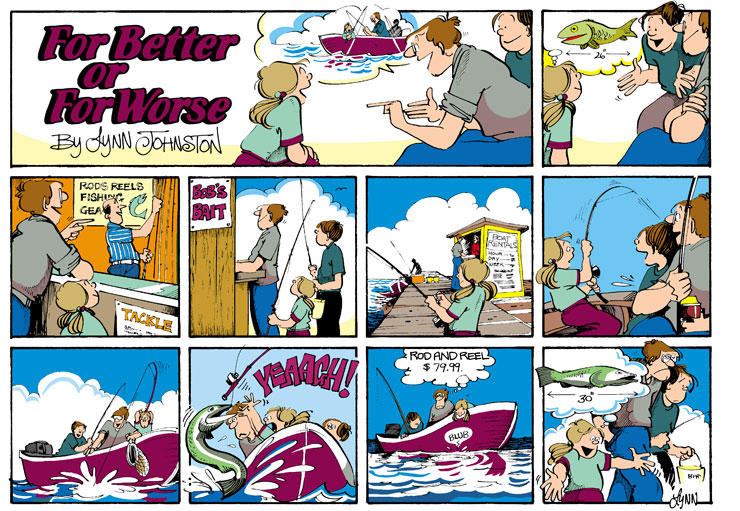 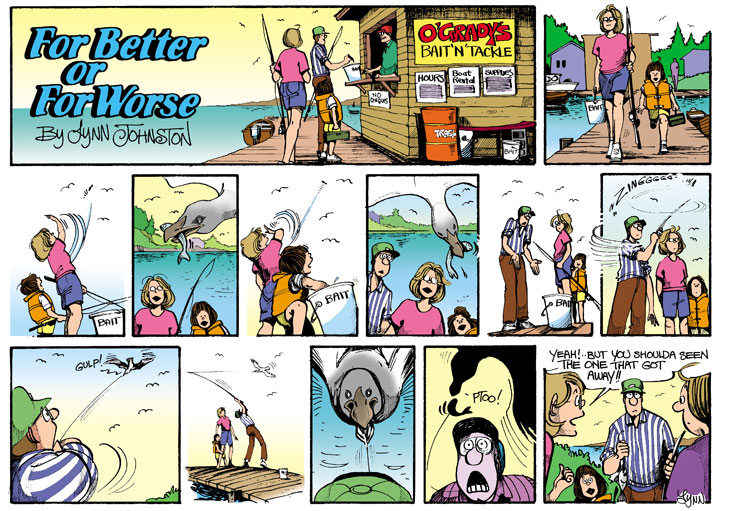 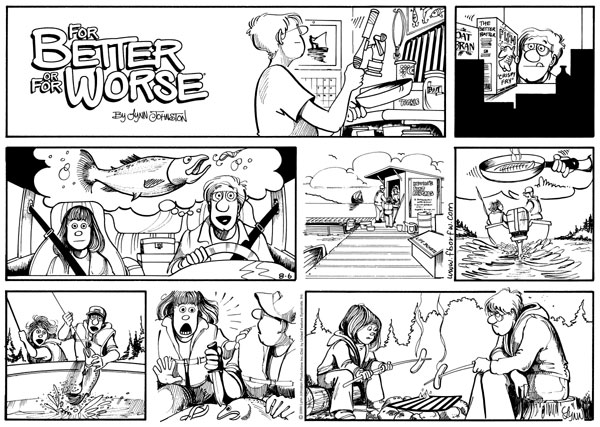 In Books: She's Turning Into One of Them!
Daily or Sunday: daily
Items: fishing rod

In Books: She's Turning Into One of Them!
Daily or Sunday: daily
Items: fishing rod

In Books: I've Got The One-More-Washload Blues, Something Old, Something New
Daily or Sunday: daily
Items: fishing rod

Lynn's Comments: There's nothing like being at the lake to keep kids happy. Aaron and Katie learned to swim at Kawkawa and even though the fishing was limited to minnows, it was exhilarating just to catch one and let it go. "The boys" would go out in my dad's old canoe and if they were lucky, there'd be something to photograph and some tall tales to tell. It was a wonderful time and the kids never wanted to leave.

In Books: In The Beginning, There Was Chaos, It Must Be Nice to Be Little
Daily or Sunday: daily
Items: dock, fishing rod, tackle box

Lynn's Comments: My dad did take us kids fishing, but he was such a pacifist, he always hoped we wouldn't catch anything! 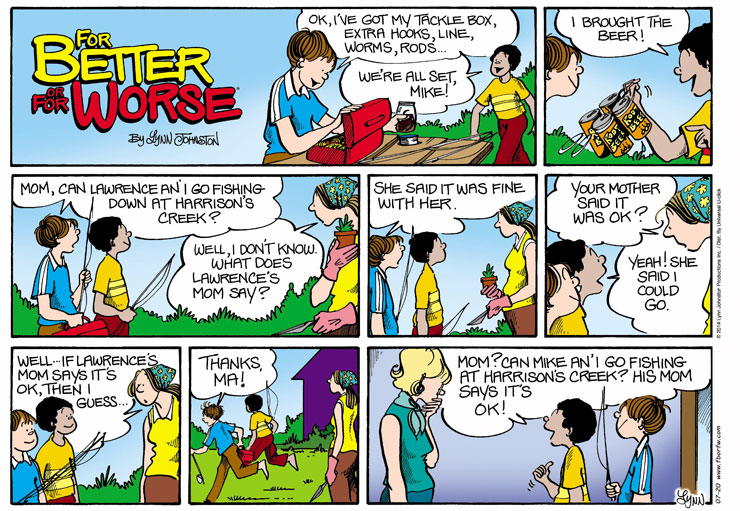 Lynn's Comments: Doug and Ina Harrison lived on Trout Lake--about a mile down the road from us, close to my in-laws. Ruth and Ina were great friends. The Harrisons' dock was a favourite place for these ladies to sit and have tea, and our kids were welcome, too. Katie and Aaron spent hours on the Harrisons' dock, swimming and fishing, and enjoying the company of Doug and Ina, who became "adopted grandparents." This strip was to thank them for their kind generosity. I gave them the original. 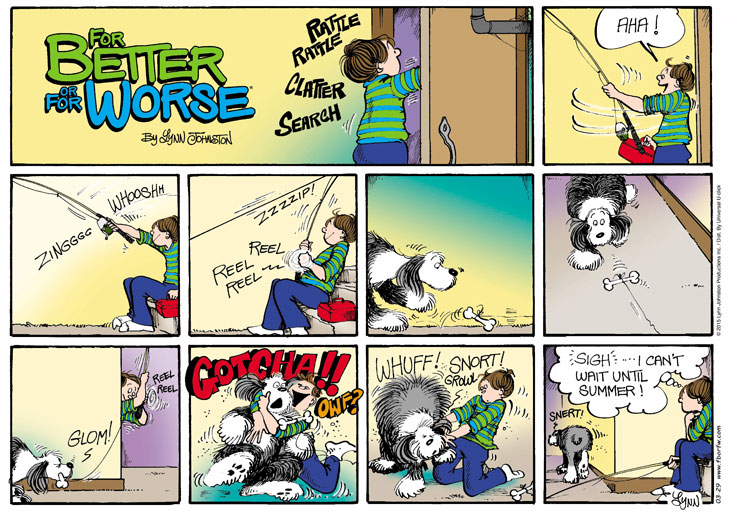 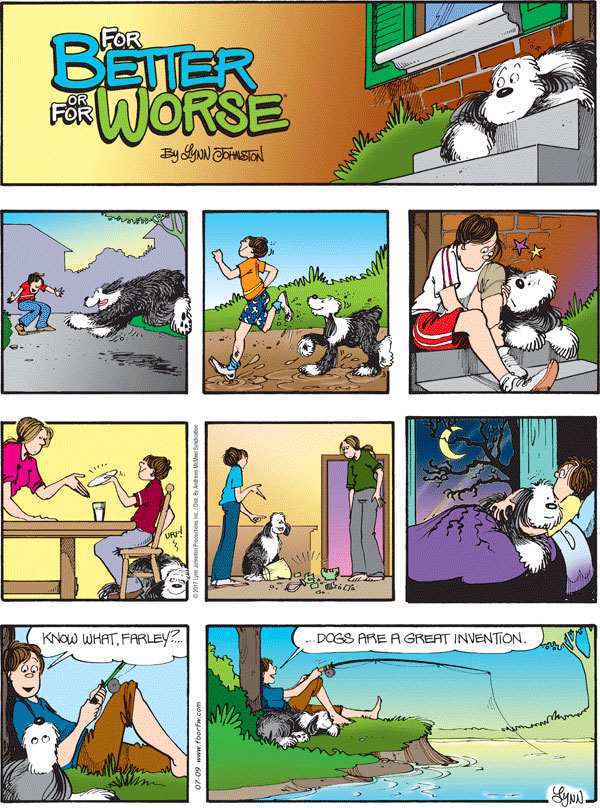 Lynn's Comments: We never had a dog when we were kids, though my dad, my brother, and I all wanted one. Mom put her foot down knowing a pet would be another thing she would be responsible for. She said no to a dog, and she ruled the roost. Nonetheless, we dreamed that someday, we'd be able to have this kind of close and loving relationship with a dog. Neither my dad nor my brother ever adopted a puppy, but I did. My first dog was Farley; an old English sheepdog, purchased by my first husband, Doug Franks, and I on a Sunday afternoon drive into the Ontario countryside. He later became the character "Farley" in FBorFW. My next dog was "Willy": a sweet little black Spaniel. Katie picked him out of a pet store window and declared him "family" since he had such big feet. Willy became my pet and constant companion. My mom knew what she was talking about when she said a dog would become her responsibility. Willy was certainly mine, but it was a responsibility that brought me 8 years of fun, activity and genuine pleasure. 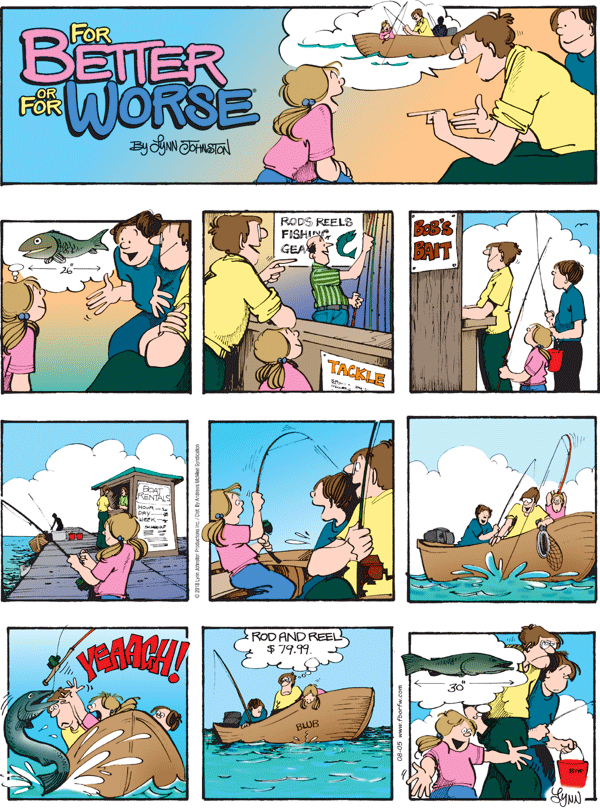 Lynn's Comments: If you can come up with a strip that has no words, it’s a real plus. With the right subject, the right imagery, facial expressions and timing, a joke with no words is as much fun for the artist to work through as it is for the reader. Strips with no dialogue need no translation and can be published anywhere. This style of comic strip is not easy to do. Artists who consistently produce wordless, beautifully constructed comic strips have always had my sincere admiration. Canada’s Doug Wright was one of these.