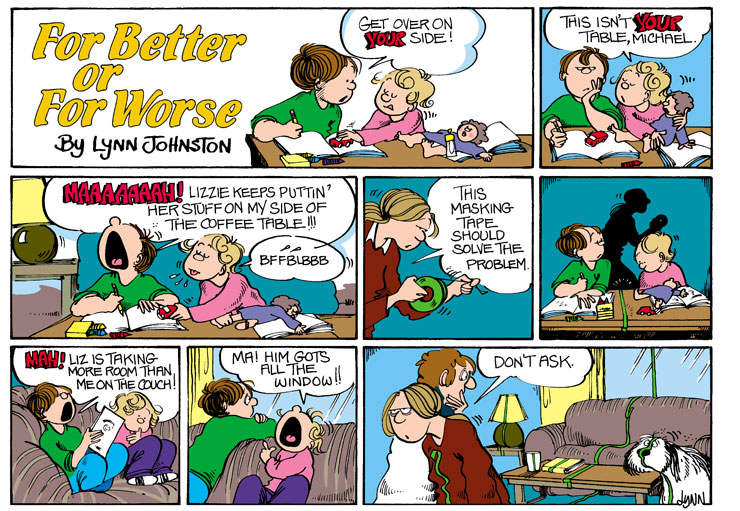 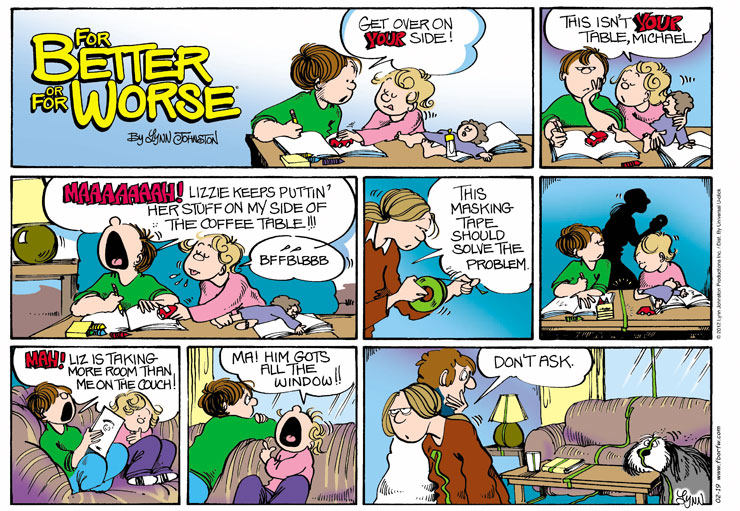 Lynn's Comments: To end a dispute between Kate and Aaron, I did divide the kitchen table so that each child had their own side. I then divided the couch and Aaron himself divided the living room. This bit of biblical rectitude resulted in a deep interest in equality. Both kids then wanted to divide the house, the hallways, and the stairwell into "what's yours" and "what's mine".

The task was not a small one, but they were determined. It gave them something to do together and the price of a roll of masking tape was a small price to pay for silence. I decided to use this in a Sunday strip. The thought that they might even have tried to divide the dog had me smiling for days!