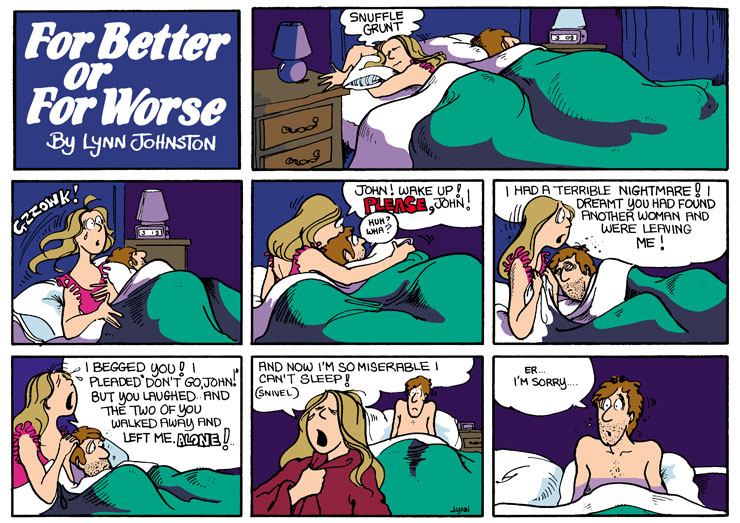 In Books: More Than a Month of Sundays, Something Old, Something New
Daily or Sunday: sunday
Items: alarm clock, lamp, night table 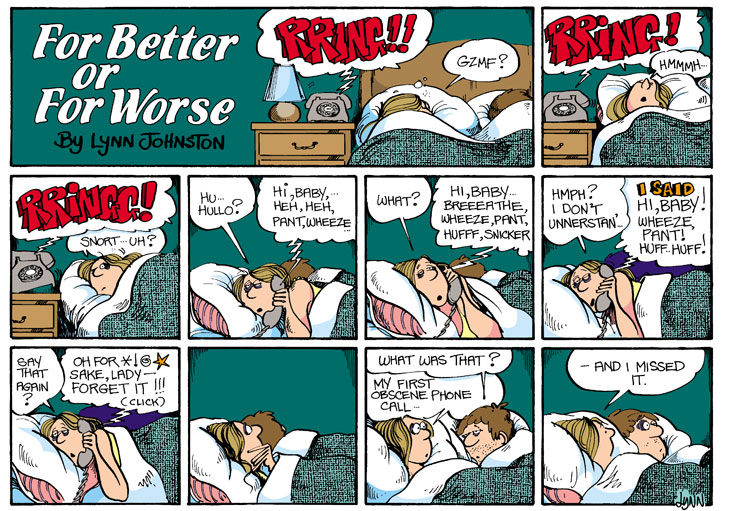 In Books: In The Beginning, There Was Chaos, Our Sunday Best
Daily or Sunday: sunday
Items: lamp, night table, telephone 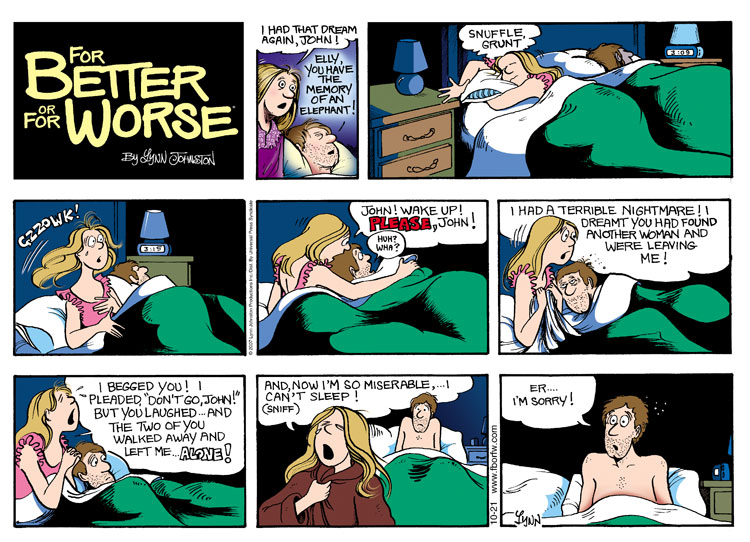 In Books: A Look Inside...For Better or For Worse, More Than a Month of Sundays, Something Old, Something New
Daily or Sunday: sunday
Items: alarm clock, lamp, night table 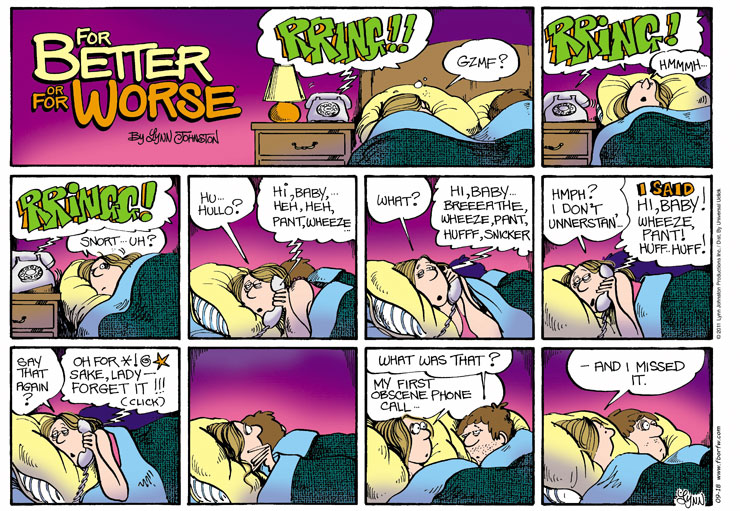 Lynn's Comments: We were living in a log house and having renovations done. A number of workmen, strangers to me, were coming and going at the time. One night the phone rang. The receiver was on my side of the bed. I answered, expecting it to be the Dental "on call" service, but a man's voice said something I couldn't quite understand. I had been in a deep sleep and wasn't prepared for a conversation. "What??" I said. He repeated whatever it was but I still couldn't understand. He said something vaguely suggestive, but I wasn't able to pick up the thread. He eventually gave up and asked if I knew who it was. I said I did not and he seemed surprised. At this point, I just wanted to go back to sleep, but he asked again if I recognized his voice and I said I didn't. Satisfied that he'd remain unknown, he hung up. The next day I was convinced it had been one of the guys who was working on the house. One, in particular, was a bit of a wild card and I wondered if it had been him. It amazed me to think how vulnerable and anxious I felt, even though the call had been clumsy and short. Somebody was "watching" me in an unhealthy way and it made me nervous and wary until the project was over and the strangers were gone. I tried to imagine what someone who had been seriously threatened would feel and how long, if ever, they would take to get over it.

In Books: In The Beginning, There Was Chaos, Our Sunday Best
Daily or Sunday: sunday
Items: lamp, night table, telephone