In Books: I've Got The One-More-Washload Blues, Something Old, Something New, Suddenly Silver
Daily or Sunday: daily
Items: bottle of perfume, present

In Books: In The Beginning, There Was Chaos, Suddenly Silver
Daily or Sunday: daily
Items: bicycle, bubble bath, present 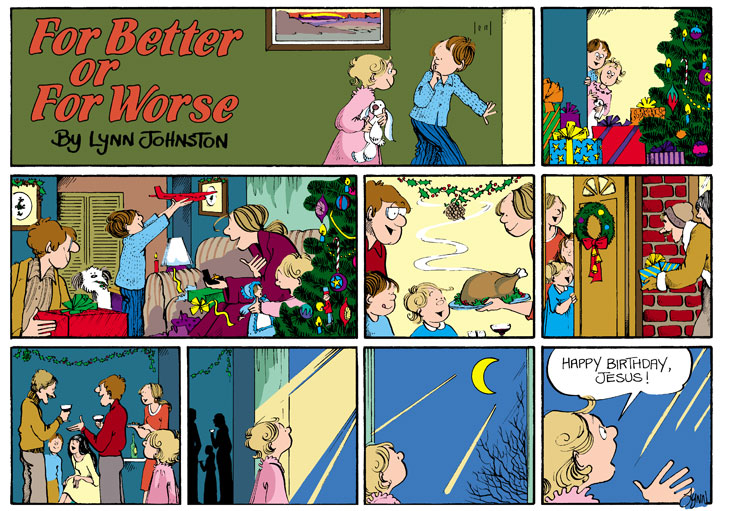 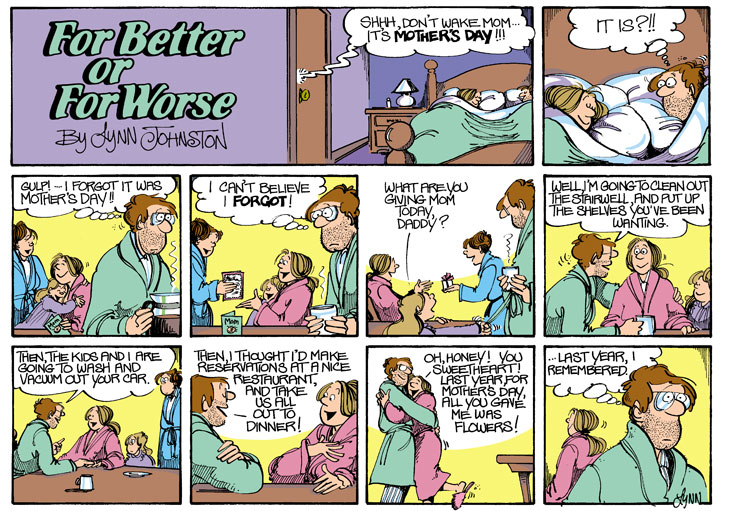 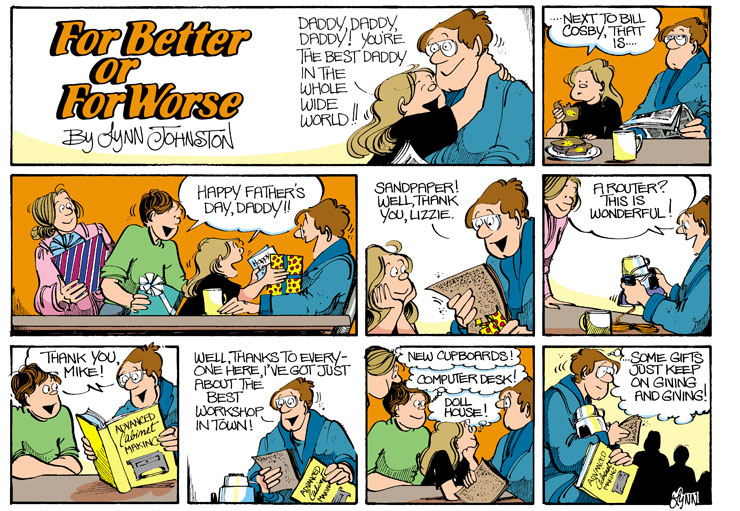 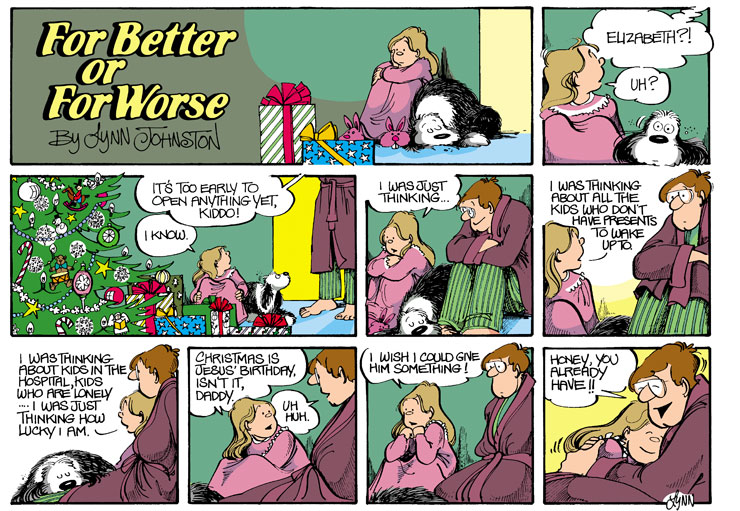 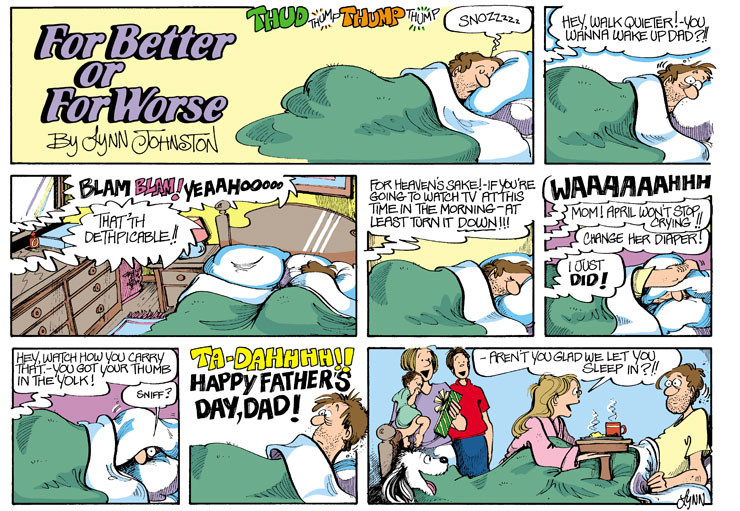 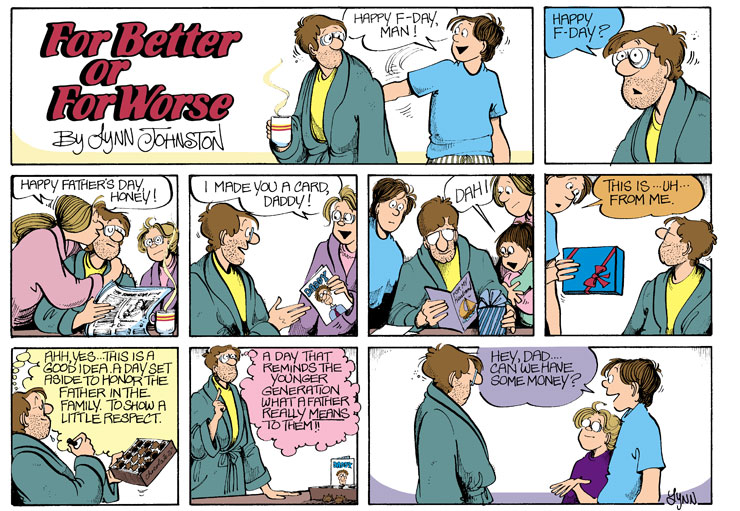 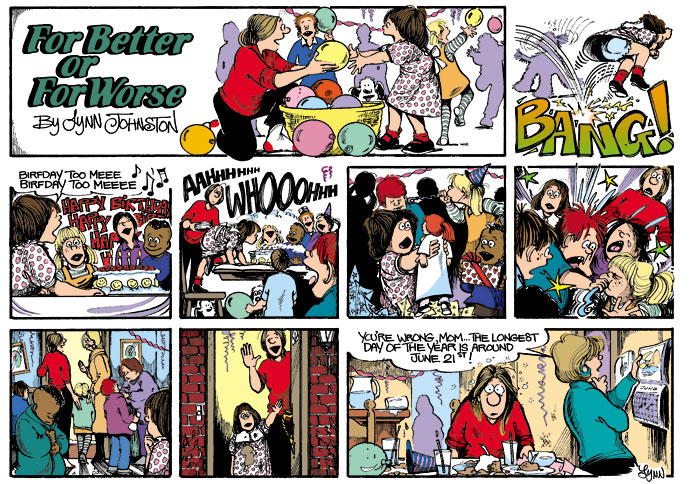 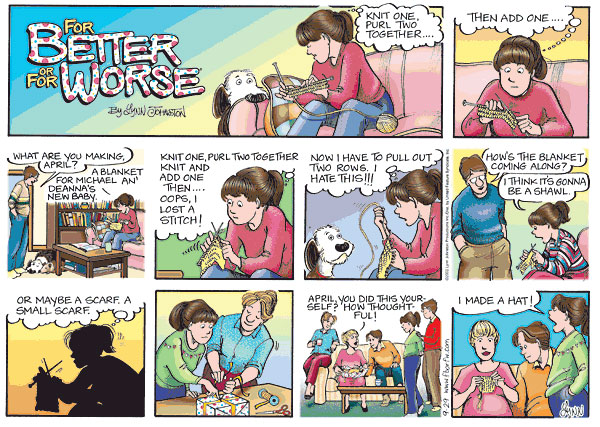 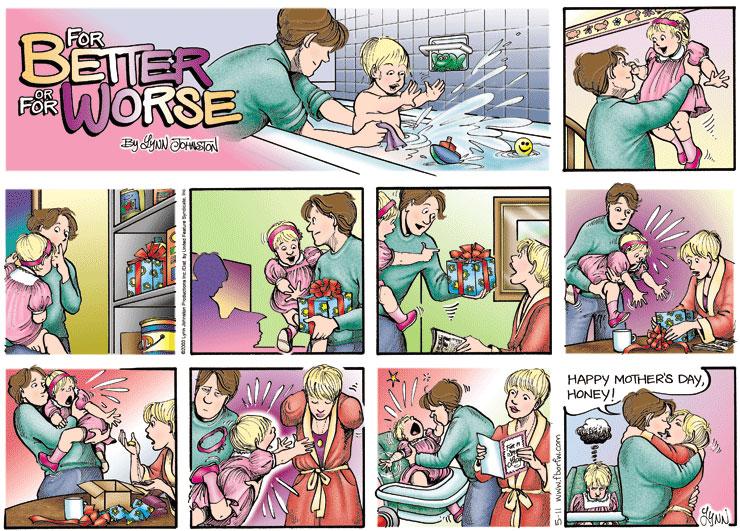 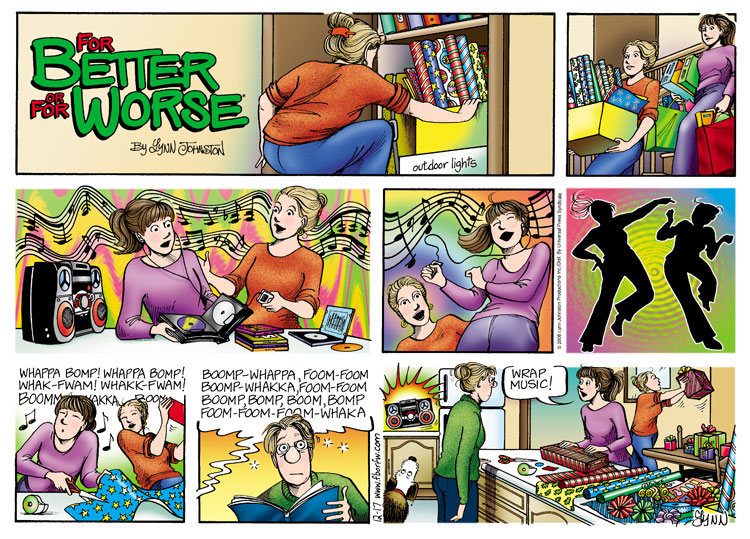 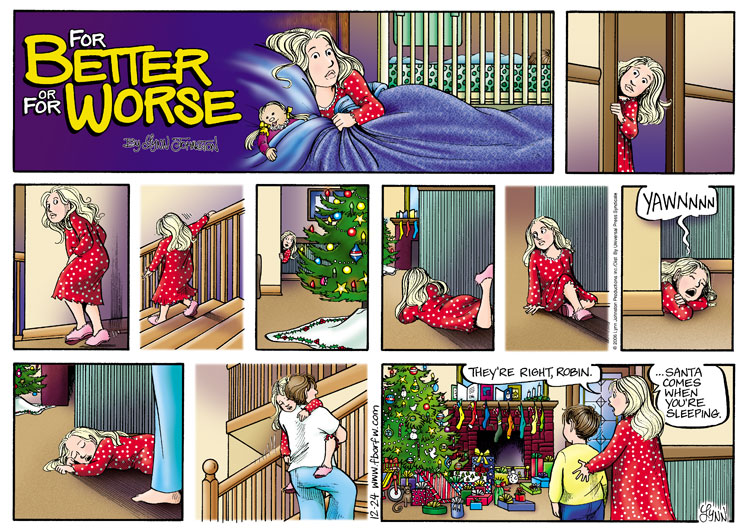 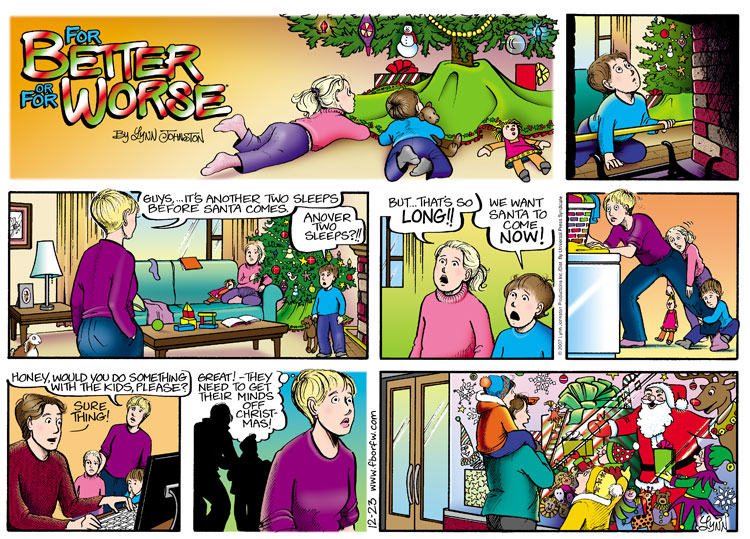 In Books: In The Beginning, There Was Chaos, Is This One of Those Days Daddy
Daily or Sunday: daily
Items: bicycle, bubble bath, present 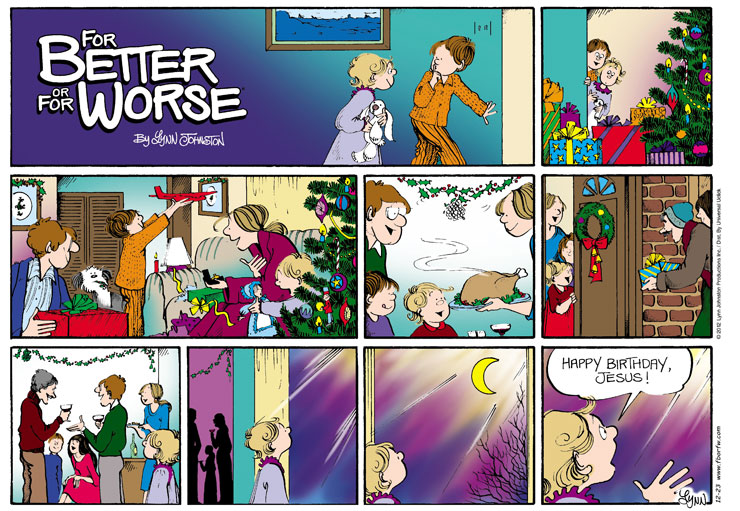 Lynn's Comments: Once in a while, I would put a bit of religion into Christmas and Easter strips to prove that I DID know the reason for the celebration and to assuage the readers who thought I was far too focused on the commercial aspects. I could guarantee three kinds of mail when a strip like this was released: One came from the Christian right, who asked that much more focus be put on ecclesiastical issues; one from the atheists, who felt that I was pushing religion down their throats; and finally the moderates, who appreciated the occasional reminder that festivals like this deserve a nod to the deity for whom the chocolate was fashioned and the bells were tolled. Again, I tried to answer every letter I received. Even if I disagreed with someone's philosophy, I certainly appreciated the time they took to write to me.

Lynn's Comments: Alan did encourage Aaron to play the trumpet. He gave him a few private lessons. The trumpet we had belonged to the school and had to be kept in pristine condition. This was one of the many reasons Aaron gave for not wanting to practice.

Lynn's Comments: One of our traditions at Christmas was to clean out the fireplace. This was a good thing. We'd have forgotten otherwise. This is a pretty accurate illustration of our living room in Lynn Lake--complete with the crud on the rug. 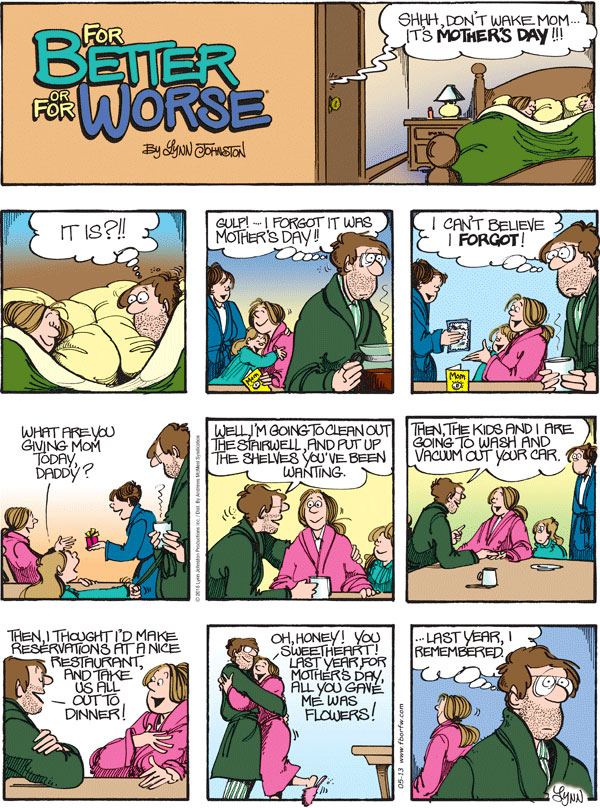 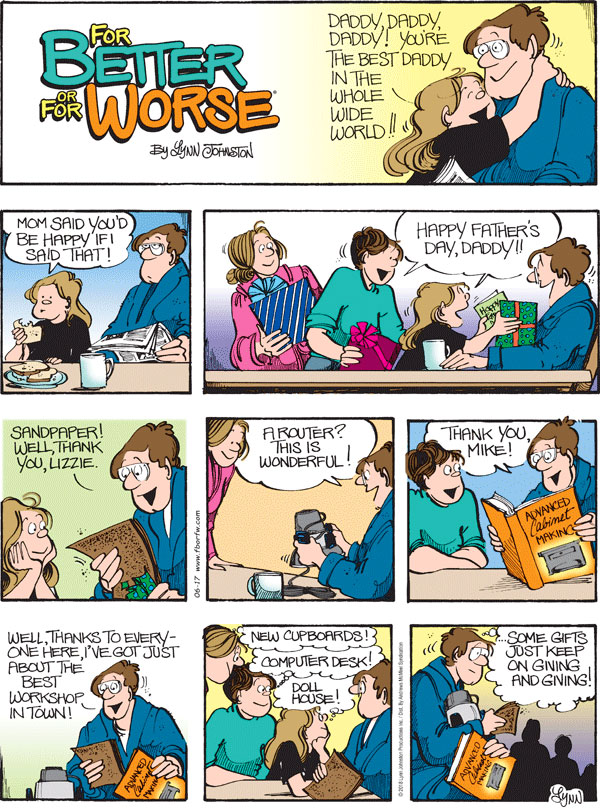 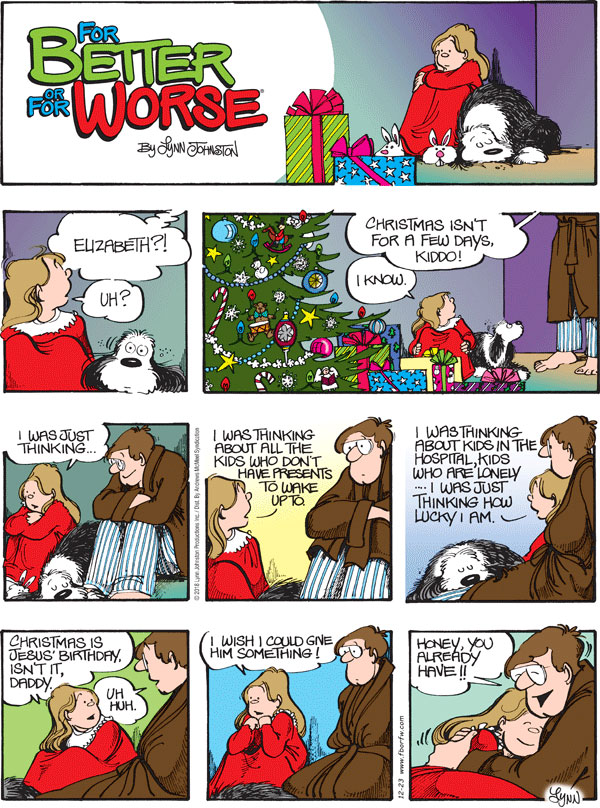