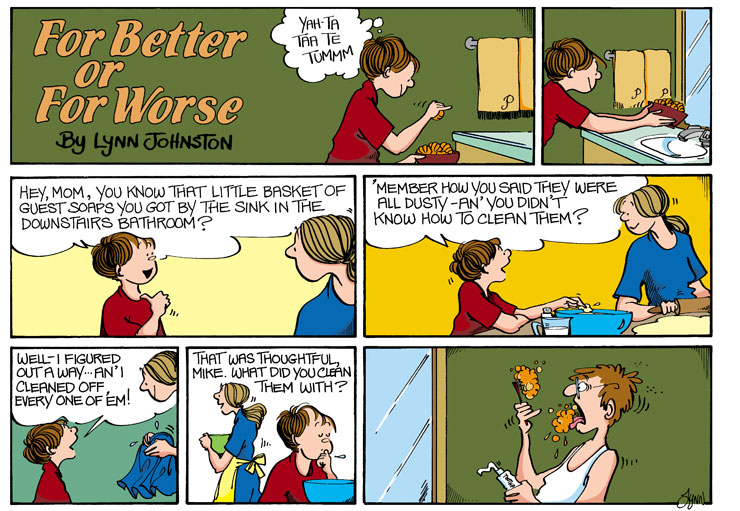 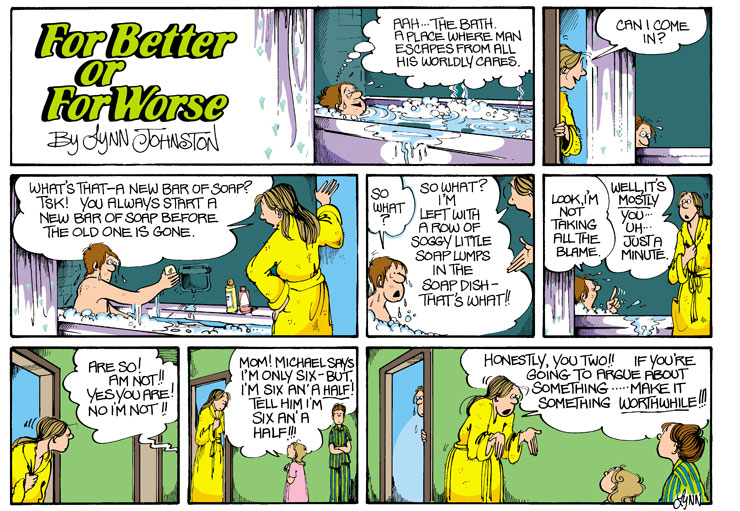 In Books: A Look Inside...For Better or For Worse
Daily or Sunday: sunday
Items: soap

Lynn's Comments: I had a good-sized wash tub in the backyard. It would take two of us to get him to the tub and then into it. Once he was in, he gave up the fight and put up with the scrubbing. 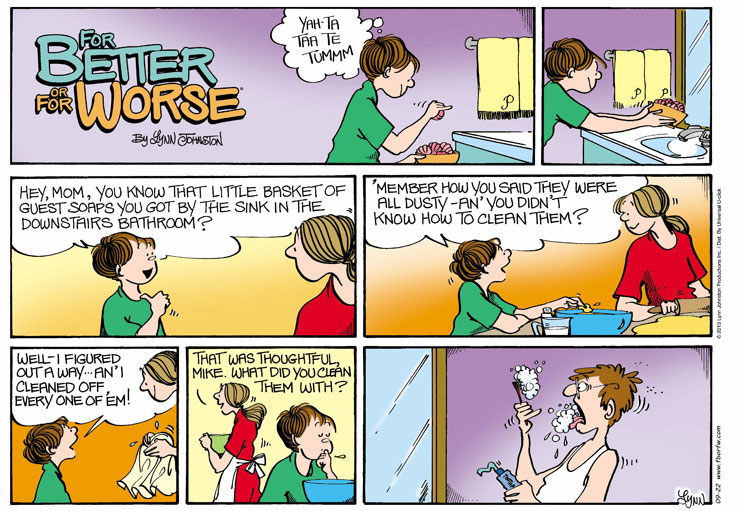 Lynn's Comments: Yes, this happened, but the toothbrush Aaron used was mine.

Lynn's Comments: One of the best Mother's Day gifts I ever received was a small, round plaster "pancake" into which my son, Aaron, had pressed his hand. This was the brainchild of his kindergarten teacher. On the card that came with it was written, "This is the hand you held when I was five." It was a precious, wonderful keepsake, which was, sadly lost when we moved to North Bay from Lynn Lake. When my daughter's two children were babies, she pressed their hands and feet into similar pads of clay. I hope she keeps them in a safer spot than I did! 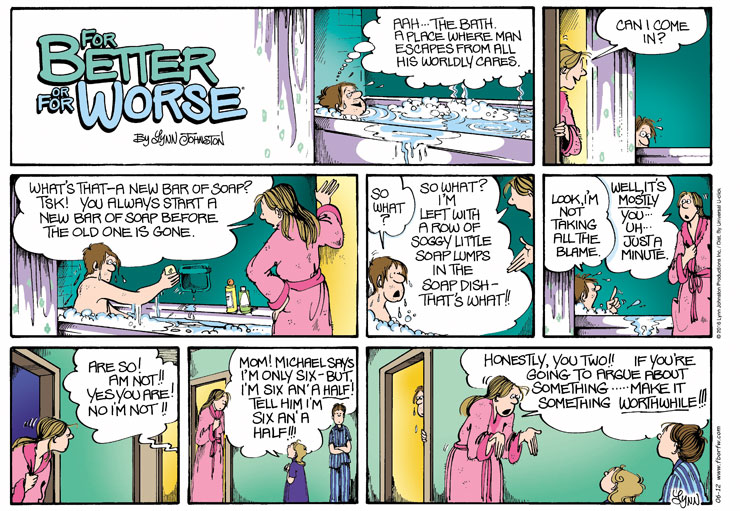 Lynn's Comments: I put a lot of private, embarrassing truths into the strip. I often wonder if identifying all these faults and making fun of them made me a better person. If not, it surely made me more aware!

In Books: A Look Inside...For Better or For Worse
Daily or Sunday: sunday
Items: soap