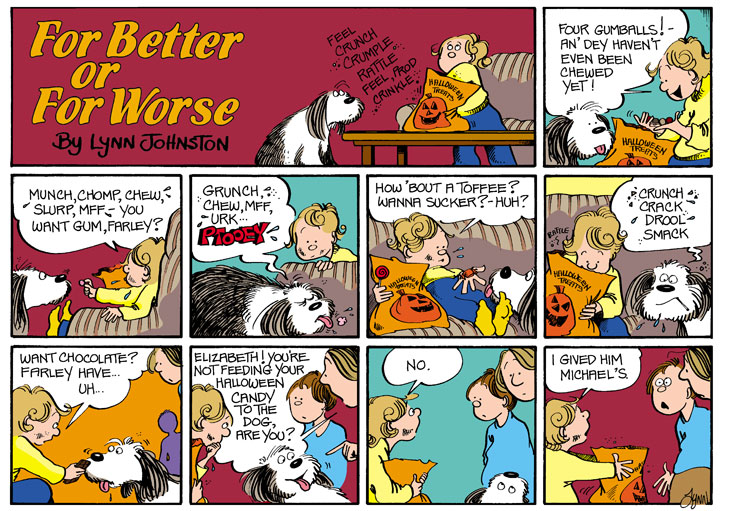 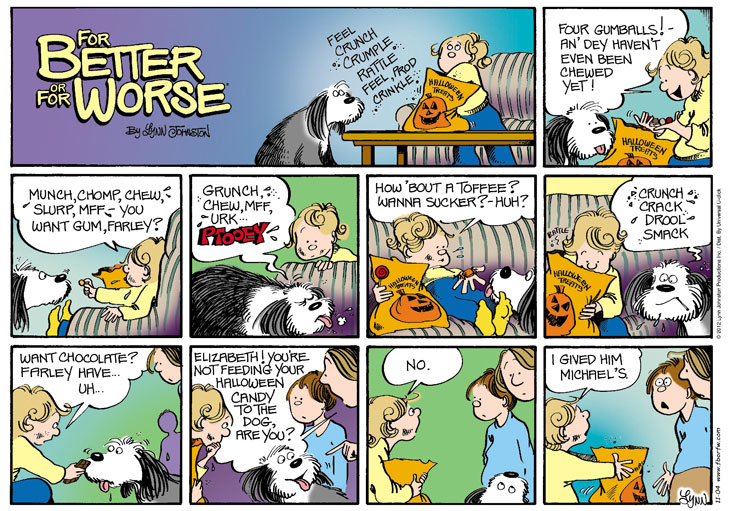 Lynn's Comments: The original Farley really did love chewing gum. I discovered his penchant for gum when I saw him take some out of a wastebasket, work the Kleenex off it, and continue to chew for some time without swallowing. I had never seen a dog do this before, so Farley's gum chewing became a bit of a party trick. He particularly liked Juicy Fruit--even if it had been previously enjoyed. The thing was to make sure I was there when he spat it out, or I'd have a surprise on my foot later on.