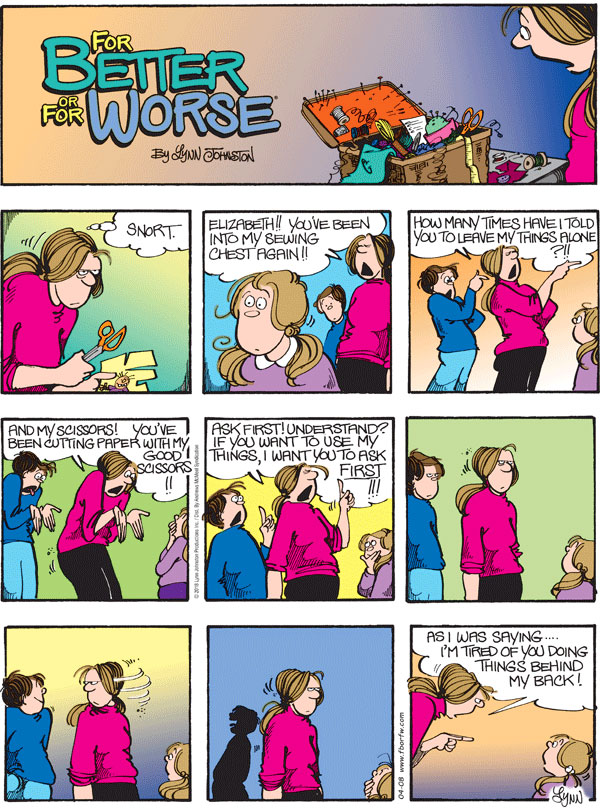 Lynn's Comments: I bought a pair of good scissors one day because I couldn't find my sewing shears anywhere. I told Kate that these were not to be removed from my sewing box. Several days later, they were gone. The two of us did a massive clean up of the house and we found 9 pairs of scissors. Like socks, scissors sometimes disappear from the face of the earth…never to be found again.