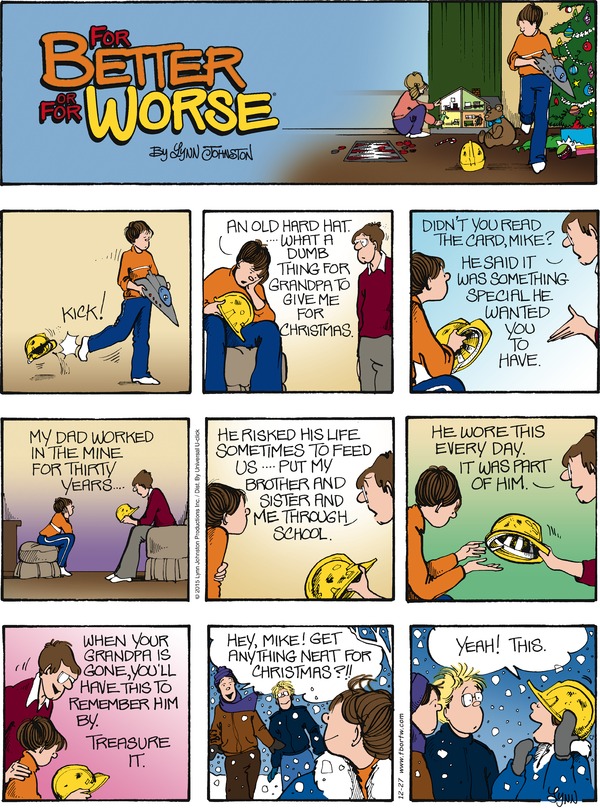 Lynn's Comments: I kept my father-in-law's hard hat for a long time after he died. It was so much a part of him. For many years, he was an important part of my life, and I felt it kept him close by as long as I had it. Strange how something cold, plastic, and ordinary can have so much meaning. Divorce estranged me from his sons and his daughter. I returned his hard hat to them before I moved from Ontario. This strip was to honour the memory of Tom Johnston. He was one of a kind.