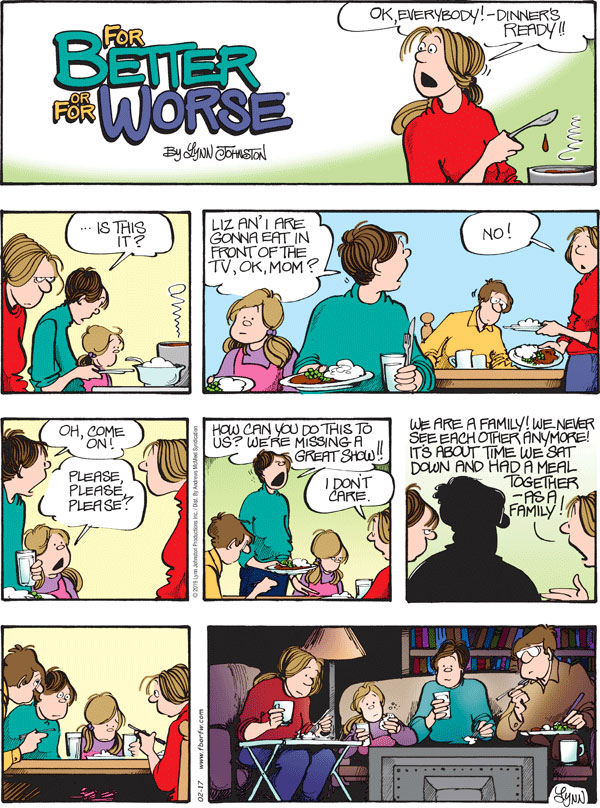 Lynn's Comments: The TV tray was invented, of course, as soon as the television became a household necessity. Like an indoor commode, every home HAD to have one. My mother, who ruled the roost, hated the thought of us sitting in front of the TV to eat, so we missed all kinds of good shows. They all seemed to come on at 6:00. One afternoon, my dad was late coming home from work. He was always home by 5:30 but this time he was not only late, but had arrived in a delivery van straight from Sears. My brother and I watched through the window as he unloaded a thin rectangular box, waved his thanks to the driver and headed into the house. Inside the box was a set of aluminum TV trays; a wonderful sight to behold. My mother conceded her fight and (depending on the show) allowed us all to eat dinner in front of the television. This was one of the very few times my father defied her. I thank Gunsmoke and Walt Disney for that one significant victory.

In Books: It's the Thought That Counts
Daily or Sunday: sunday
Items: plate of food, pot, t.v. tray, television