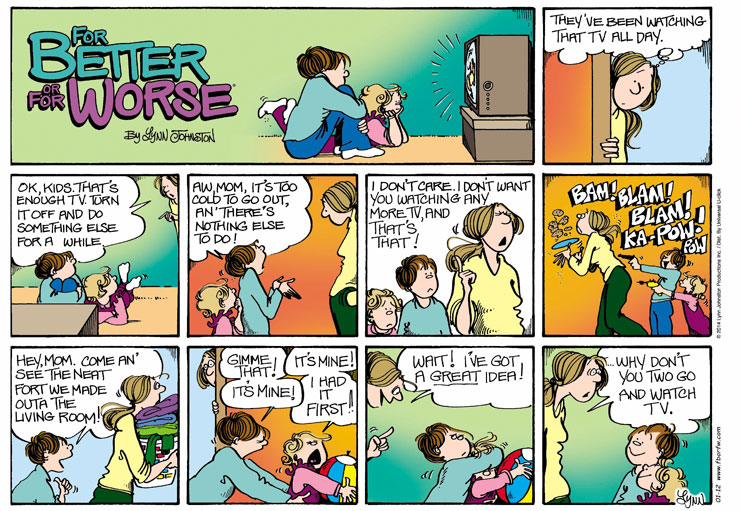 Lynn's Comments: Living in a cold climate means having the kids indoors. I swore that television would not be my babysitter, that my offspring would have wholesome, educational, and creative pastimes. I encouraged them to read, draw, build things out of wood, clay, and paper. I bought board games--we played Scrabble, Monopoly, and Crazy Eights. I let them take apart the vacuum cleaner and roll marbles down the hose. I did everything I could think of to keep them entertained, and they, in turn, participated--as long as I played with them. The plan disintegrated if I decided to leave them and do something else, which is when they begged for television. So, I caved. I gave in. I set them up with food and water and turned on cartoons. I was able to work, clean, do laundry, and get stuff done, while my children bathed in the glow of the tube. I felt guilty, but at the same time --anything that saves a mom's sanity deserves a place in the home.