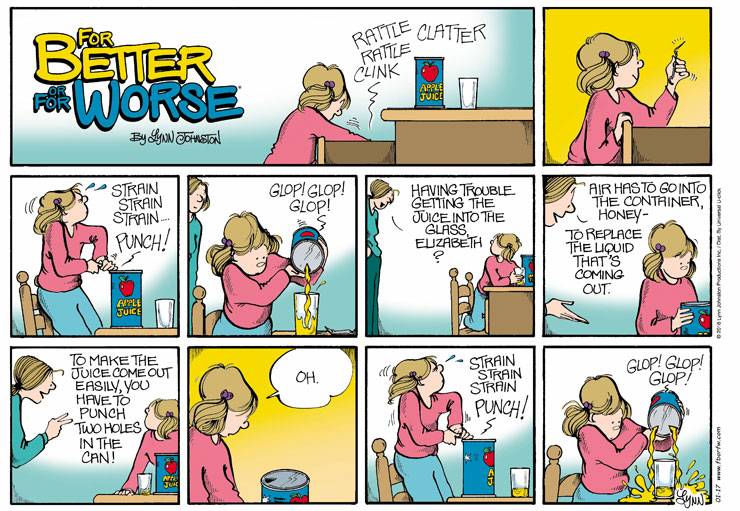 Lynn's Comments: I went to visit Farley Mowat not long after the movie "Never Cry Wolf" had been released. It was based on a book Farley had written about his experience in Canada's north where, as a naturalist, he lived with wolves to see if they truly were the menace man believes them to be. He lived the way they live. He ate what they ate. In one scene, he is eating raw, wild mice; one of the most memorable parts of the movie. When I asked Farley if he really DID eat mice, he smiled and said, "My dear, I'm a writer. If something didn't happen, it SHOULD have."

This is the long way of telling you that what Elizabeth is doing in this Sunday strip never happened but it should have. Watching Katie open and pour a can of apple juice, I thought: If she'd made multiple openings, the scene might just have gone just like this.

In Books: A Look Inside...For Better or For Worse, It's All Downhill From Here
Daily or Sunday: sunday
Items: can of juice, can opener, glass