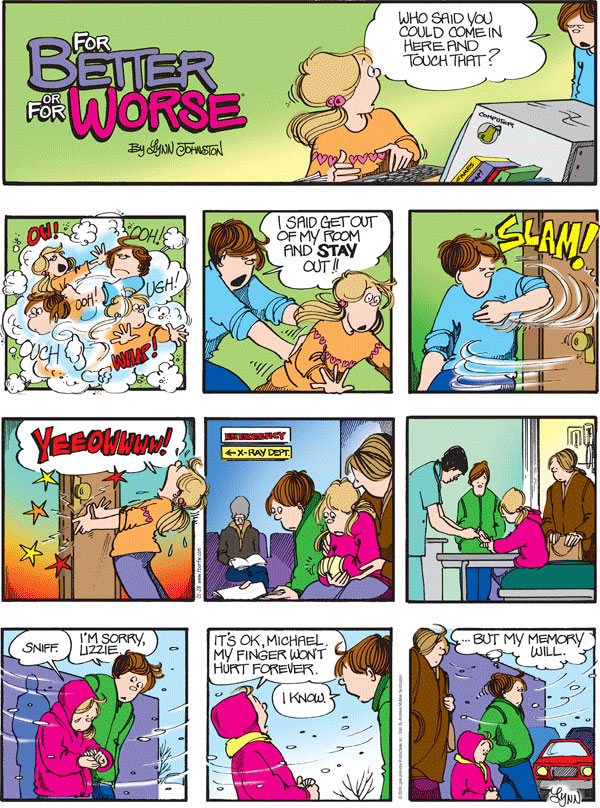 Lynn's Comments: I was about seven and my brother was five. We had been having one of our knock-down, drag out fights. Mom was in the basement and either ignored us or couldn't hear just how angry the fight had become.

Our one bathroom, which had a locking door, became a refuge. If you could get in there first, you were safe. You had to slam the door to get it to lock. I ran into the bathroom, slammed the door and Alan screamed. Thinking he was just screaming with rage, I continued to shove the door shut not knowing that his finger had been caught in the door jamb. By the time I realized there was something wrong, I had seriously injured his finger. Mom rushed us to the hospital where he was given a shot and had his finger bound with gauze. It wasn't broken, but his knuckle was severely bruised and the skin had split with the pressure. I was so sorry. Even though Alan accepted my apology, I've never forgotten the incident and I have never forgiven myself!

In Books: A Look Inside...For Better or For Worse
Daily or Sunday: sunday
Items: car, computer