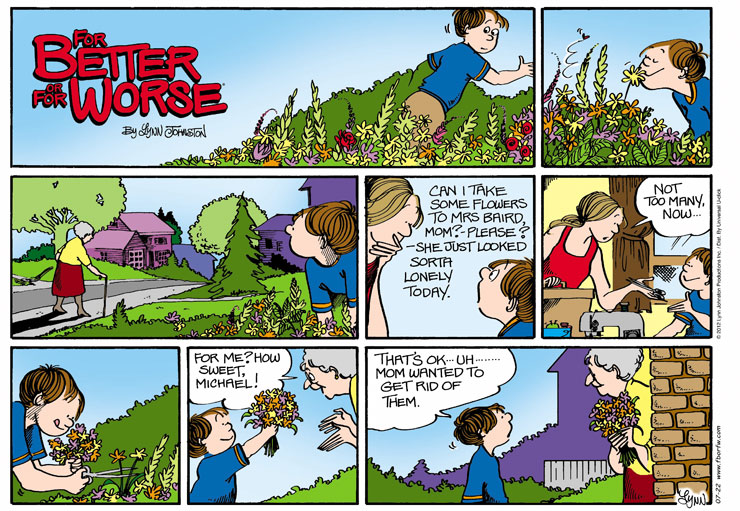 Lynn's Comments: What I wanted to say here, was--Michael had a kind heart. He wanted to cheer up an elderly neighbour, but was embarrassed by his own actions and played down the gift by saying the flowers were something his mother wanted to get rid of. I don't think the punch line worked too well and this strip sort of missed the mark. Sometimes the hardest thing about describing a situation like this is...well, describing a situation like this!!

In Books: In The Beginning, There Was Chaos, Our Sunday Best
Daily or Sunday: sunday
Items: flowers