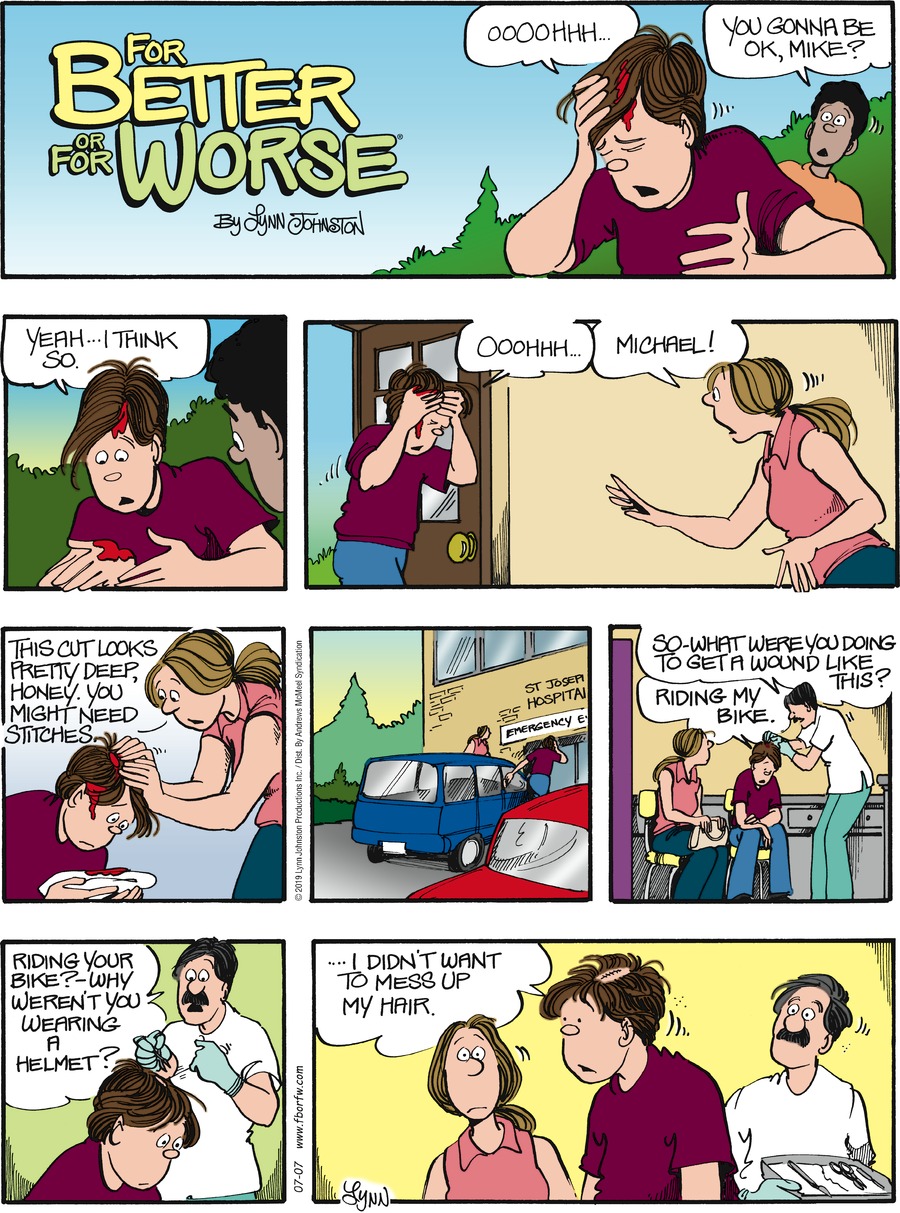 Lynn's Comments: This was done just as the helmet laws were getting serious. The youngest riders were all wearing them. Older kids defied their parents' warnings and went for "the wind in their hair."

A young boy we knew well was critically injured when he suddenly swerved across the street in front of his house— right into the path of an oncoming car. He was not wearing a helmet and hit his head on the edge of the sidewalk. He was raced to the hospital in critical condition. The driver was entirely blameless. The boy’s parents were given the awful choice of surgery, which would likely result is a seriously brain damaged child, or taking him off life support. His mom said, "Let’s give him a chance." The surgery and recovery are quite a story but he survived, and with time and lots of therapy, he grew up to be a healthy and productive young man. Ironically, one of the postoperative requirements was that he wear a helmet for awhile to protect his head. It was a happy ending to a nearly tragic accident and every kid in town afterwards wore a helmet when they rode their bikes.

In Books: It's the Thought That Counts
Daily or Sunday: sunday