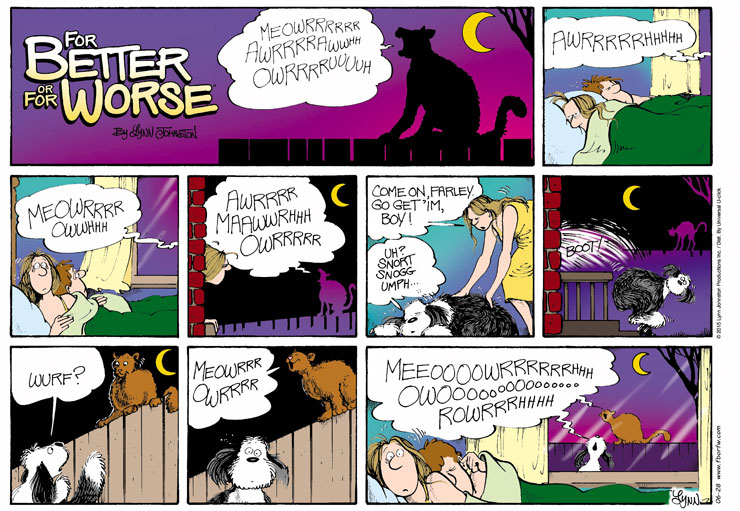 Lynn's Comments: This didn't happen, but here's a story that did: I was about 12 years old. For weeks, a cat had been coming to sit under my bedroom window and howl. It sounded like a demonic baby's cry, and I hated the sound. Nothing would deter the cat so one night, I decided to get even. I opened the window wide, placed a pitcher of cold water on the windowsill, and waited for the cat. Like clockwork, it arrived in full voice, and as soon as the howling reached a crescendo, I dumped the water. The cries I expected to hear, however, didn't come from a cat. They came from my brother who had a room in the basement. He had been sneaking out of his bedroom window and howling under mine!