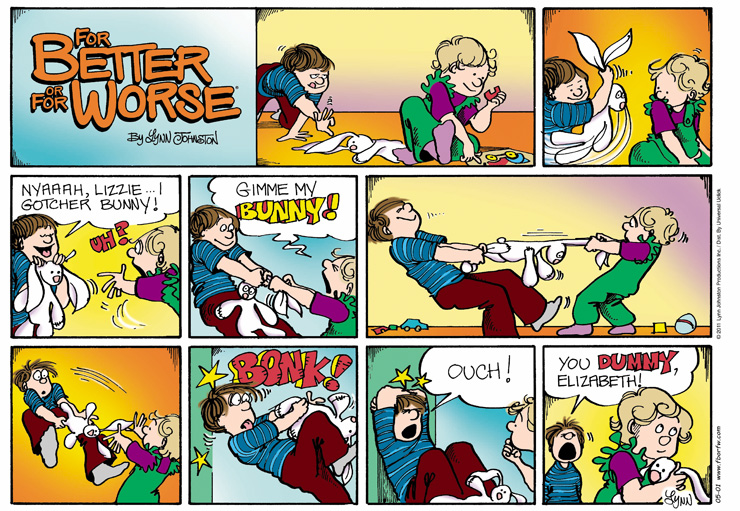 Lynn's Comments: My mother made Katie a white stuffed bunny, which became her favorite toy. It went everywhere with her. Because it was so important, "Bunny" became a target for her older brother who'd hide, throw or otherwise mistreat it just to get a rise out of Kate. Fortunately, Bunny was well made and survived everything from the bathtub to the sandbox to travelling all over the continent. Still, I worried that he'd somehow disappear and asked my mom to make a spare, just in case. Mom made two more bunnies - a boy and a girl. She made outfits for both and eventually all three bunnies were essential to Kate's day. We still have these. Tattered and worn from washing and play, they are family treasures. They were made from scraps and cost nothing, but they're worth far more than I can say!

In Books: In The Beginning, There Was Chaos
Daily or Sunday: sunday
Items: bunny