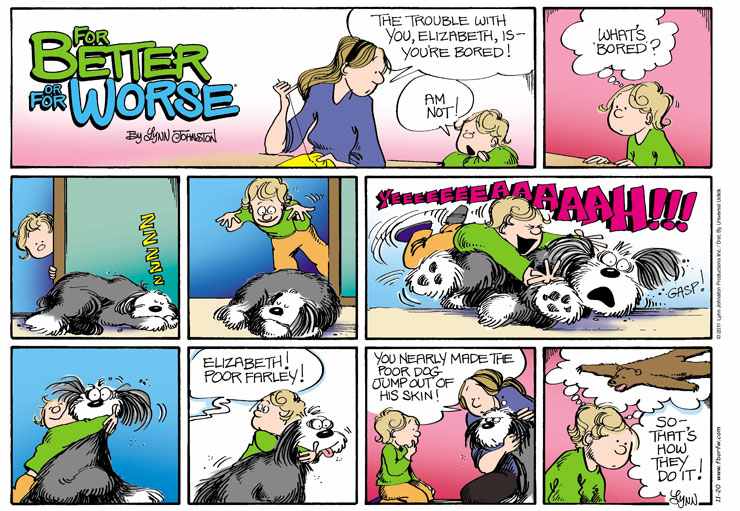 Lynn's Comments: Having lived in northern communities for most of my adult life, I have been exposed to the fur trade from the trappers' point of view. It isn't unusual to see samples of pelts made into rugs and some are pretty vicious looking. In fact, we owned one ourselves in Lynn Lake. It was a "cross fox" pelt which lay in front of our fireplace. When this Sunday page appeared, I had quite a number of complaints from animal rights activists. They were understandably concerned. It's just that this is the way it was for us and still is. Katie did ask how and why the rug had come to be. I had purchased the pelt to support a family living in the bush - and I felt no guilt in doing so. This is not the best cartoon I ever did - it's probably one of the more forgettable ones... but when you have a relentless deadline, you go with whatever you can think up and run with it. Then... you wait for the flack to come later!

In Books: In The Beginning, There Was Chaos
Daily or Sunday: sunday
Items: bearskin rug