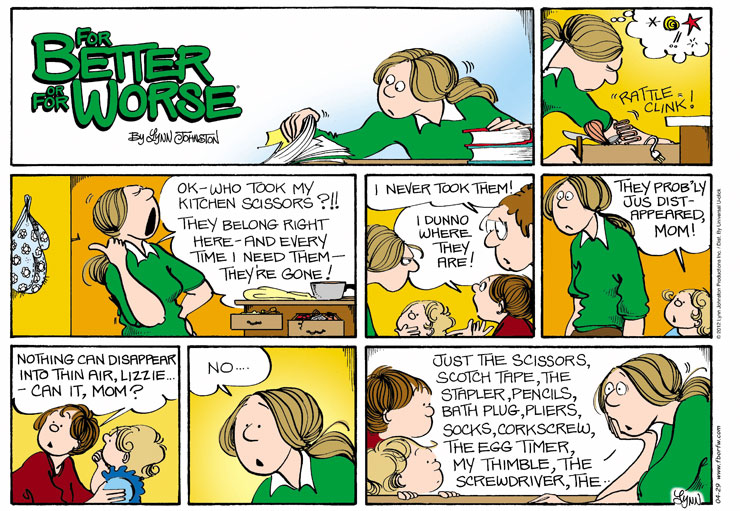 Lynn's Comments: I could never find my kitchen scissors. After looking high and low, I would buy a new pair and eventually those would disappear, too. This scenario was typical of a time when Kate and Aaron were small and things ended up in the garden, at the neighbours', or in the workshop--never to be seen again.

When Katie was a teenager, I made a declaration one day: she was grounded until she cleaned her room. Begrudgingly, she did so. The result? No less than nine pairs of scissors were discovered among the debris. The moral of the story? ... A string on the kitchen scissors might look silly, but you'll always know where to find them!

In Books: In The Beginning, There Was Chaos, Our Sunday Best
Daily or Sunday: sunday
Items: book, mess, oven mitts, papers, pot