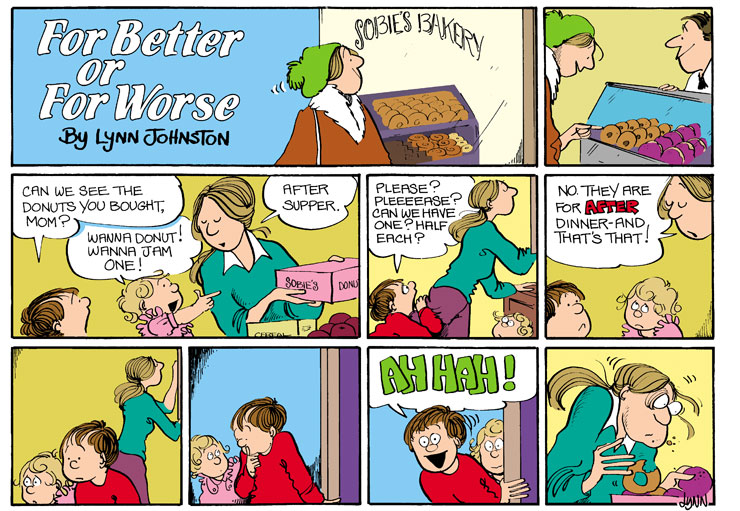 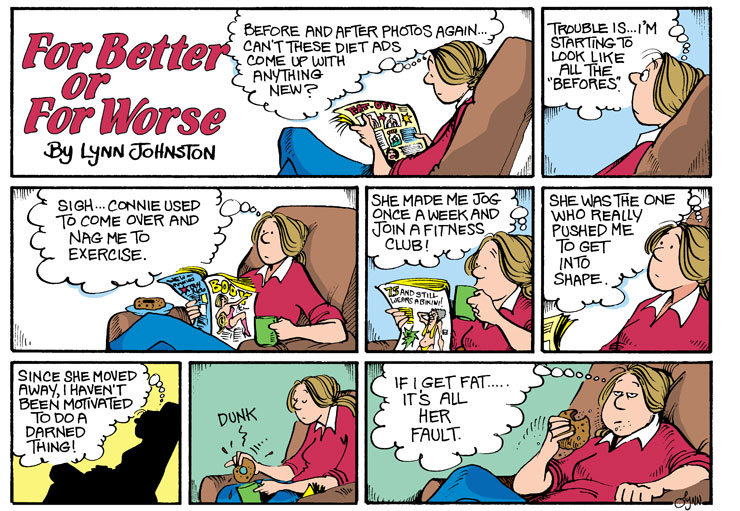 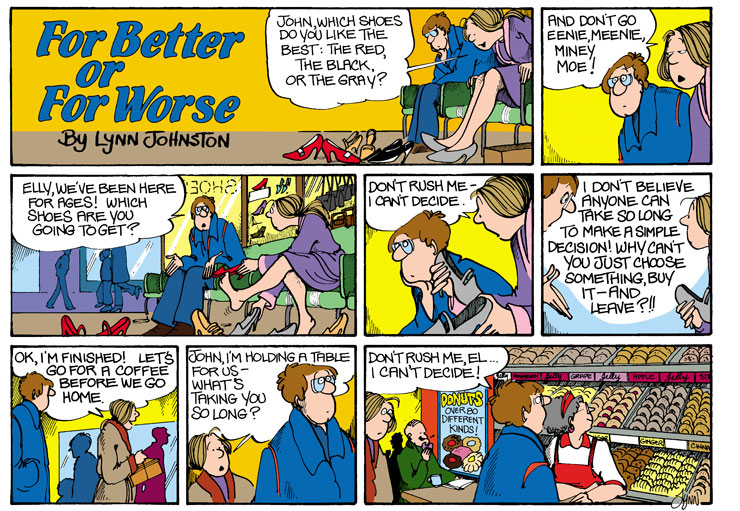 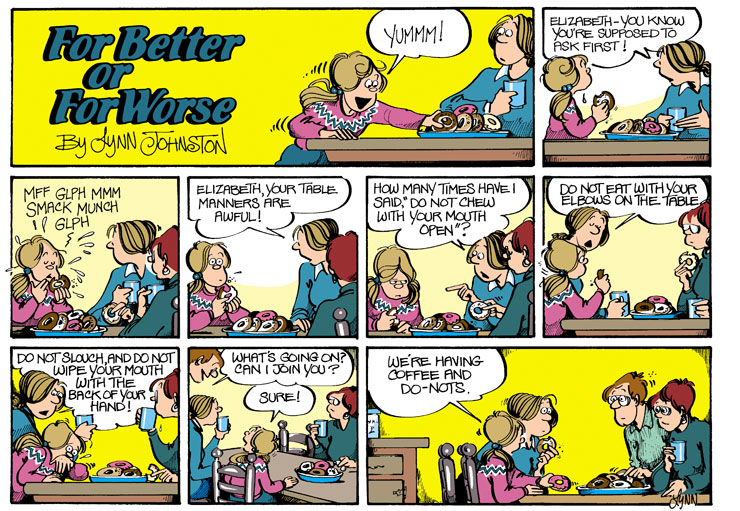 In Books: It's the Thought That Counts
Daily or Sunday: sunday
Items: cup of coffee, donut

In Books: Graduation: A Time For Change
Daily or Sunday: daily
Items: cup of coffee, donut

In Books: Graduation: A Time For Change
Daily or Sunday: daily
Items: donut 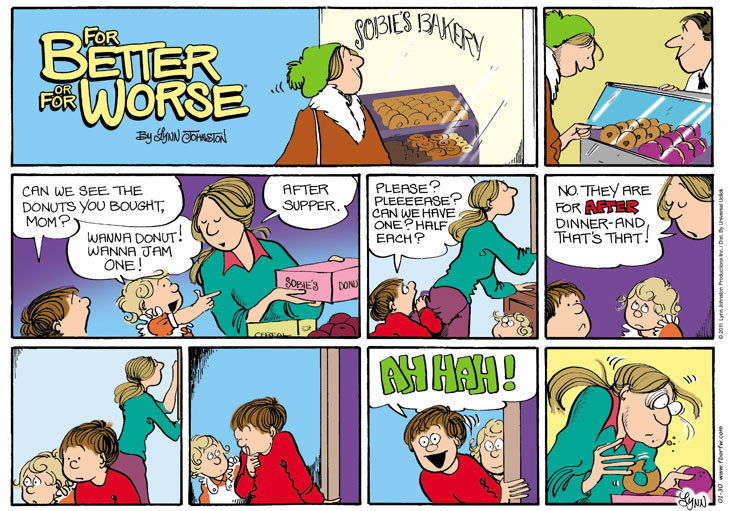 Lynn's Comments: Sobie's Bakery in Lynn Lake was one of the highlights of the town. Mr. and Mrs. Sobie would be up long before sunrise to get the bread out for the day and you could pick up the scent all the way from the post office. Spice cake was my personal favorite, but their doughnuts came in an easy second. Sobie's was the only bakery for hundreds of miles around. Folks from Leaf Rapids (a 60 mile wilderness drive south) would come all the way to LL just to shop at Sobie's. We didn't realize what a gem we had until we moved away. Nobody could decorate with icing like Mrs Sobie. Nobody except perhaps grandma Ruth made better buns. For every occasion, it seemed, people would order a spice cake. I looked forward to these huge, moist desserts covered with cream cheese icing, decorated with colored artwork - ornate dedications and piped with flowers around the edge. Some, however, got tired of them and when my friend Nancy Lawn moved to Edmonton she said "At least I don't ever have to eat another Sobie's spice cake!" A year or so later, we decided to fly out west to visit the Lawns in their new home. As a joke, I had Mrs. Sobie make up a big spice cake with double the icing and as ornate as possible. When we arrived at the airport, Nancy spied the Sobie's box right away. "That's not a spice cake!" she shouted. "Ahhh!" I said "I thought you might need one". "Have you any idea how much I've MISSED those things?" she cried, opening the box and nicking a finger full of icing. When we got to her house, she immediately put the cake out of sight telling us we couldn't have any. "It's OURS," she said. "You can have Sobie's spice cake any time...you live right there!" I think I gave the Sobie family the original of this cartoon. I don't think I ever told them how much I missed their bakery, but I hope they remember me as fondly as I remember them. 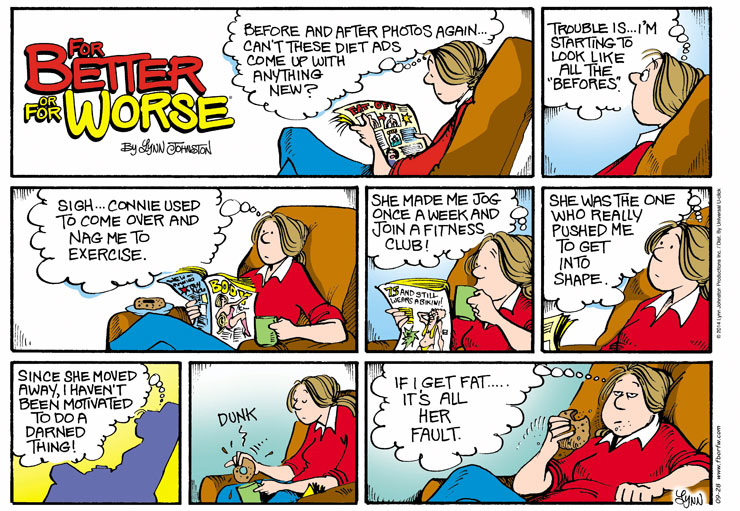 Lynn's Comments: I never went shopping with my husband; having a man wait patiently, or impatiently, while I peruse a dress shop would be horrible! I would have to rush, which would take away from the true shopping experience. Whenever I see some sad chap sitting uncomfortably outside the change room in some frou-frou boutique, my heart goes out to him. I want to say, "Get off your duff, go do something YOU want to do, and meet her somewhere else!" This strip was done in solidarity with those who shop and those who wait. 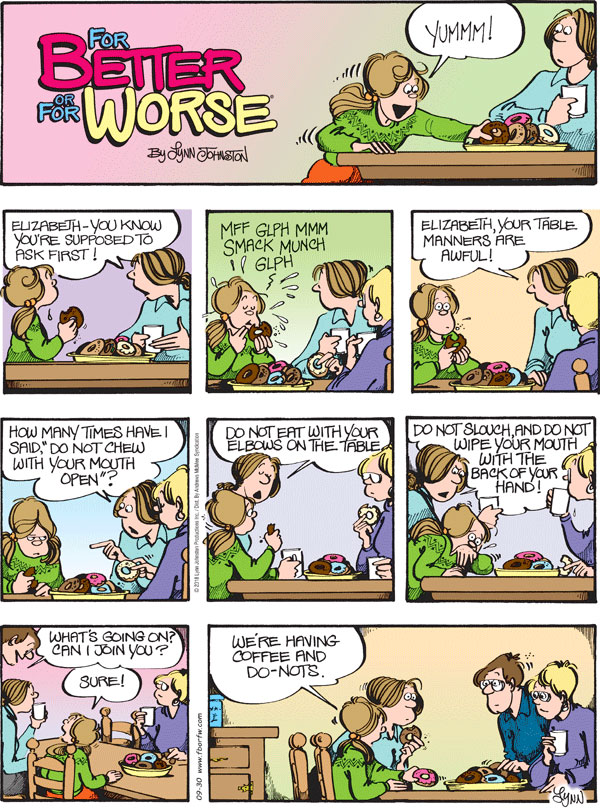 In Books: It's the Thought That Counts
Daily or Sunday: sunday
Items: cup of coffee, donut