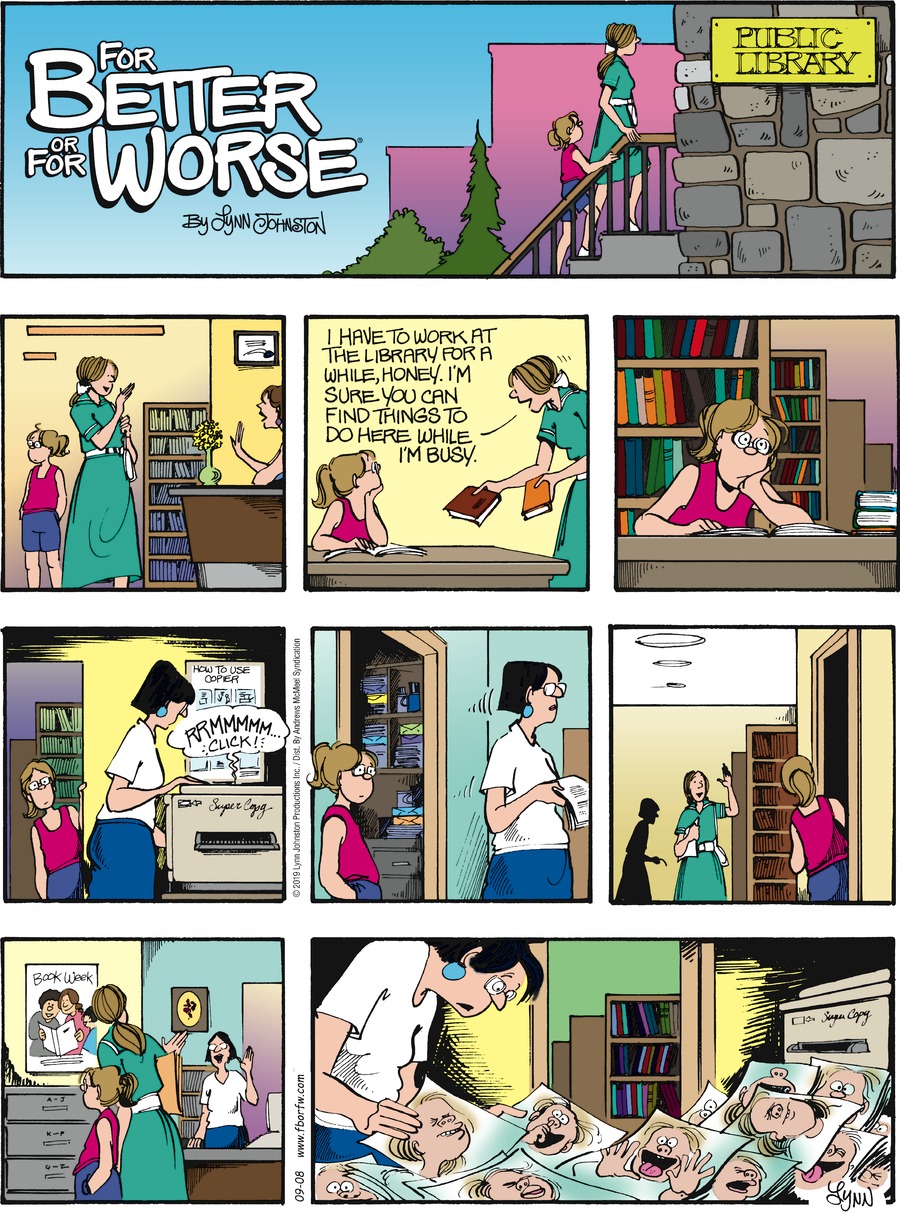 Lynn's Comments: When copiers became commonplace, everyone squashed and copied their faces…and other personal things, as well. In one office at McMaster University, where a large copier was in constant use, I saw the distinct form of a cat pressed onto the plate glass surface. There were no photocopies left at the scene and there was no cat on the premises. The outcome of the caper was not known, but people did look for scratch marks on the arms of workers in the area.

In Books: It's the Thought That Counts
Daily or Sunday: sunday
Items: book, photocopier, shelves, vase