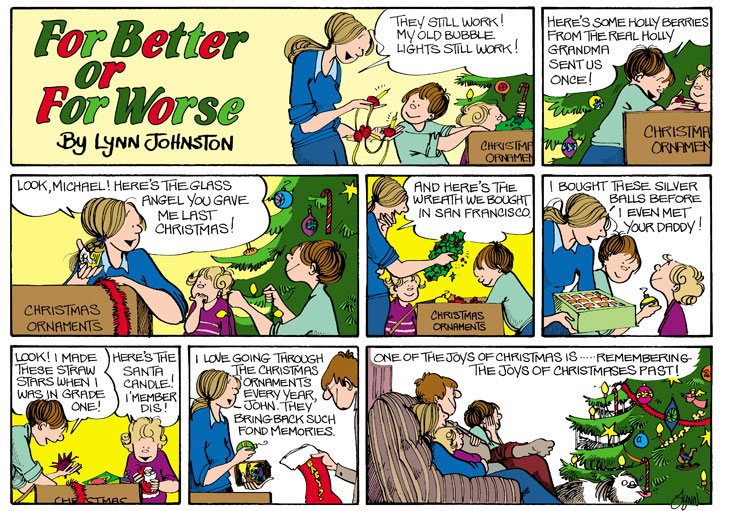 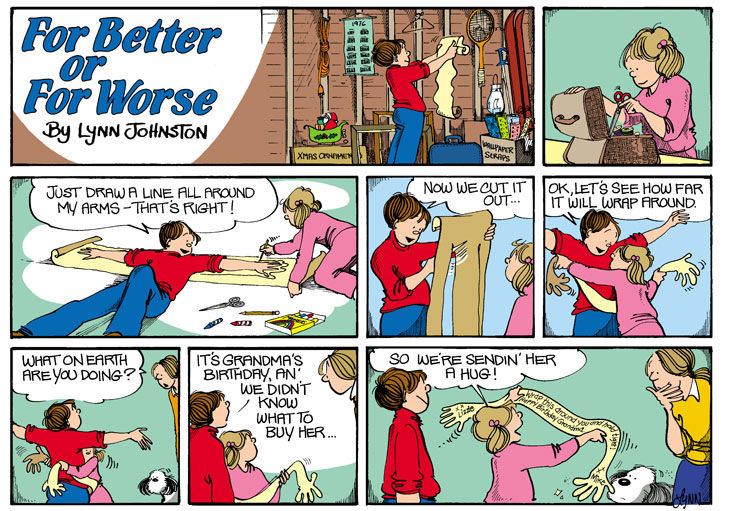 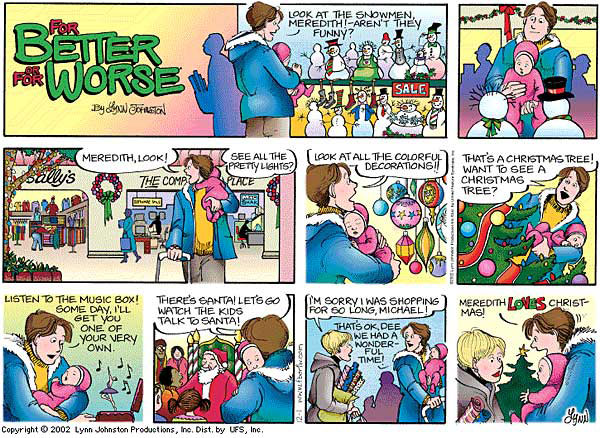 Lynn's Comments: The real Farley didn't care much for candy, but he did like to chew stuff. Knowing he was not allowed near the Christmas tree, he would sneak across the floor like a stalking cat. Then, when he thought we weren't looking, he'd bite chunks off the candy canes and spit them out. I bought plastic candy canes to replace the real ones, and these later (when we no longer had a pet) became part of a family tradition: when Aaron and Katie helped decorate the tree, the candy canes were plastic but on Christmas morning, they "magically" became real! 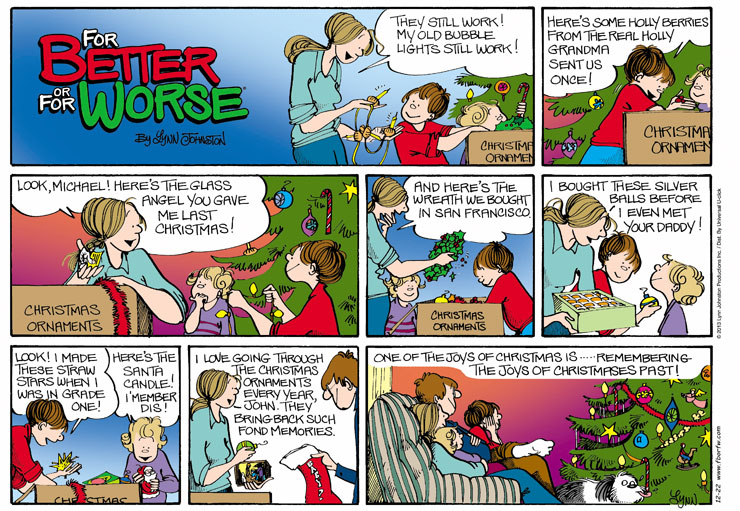 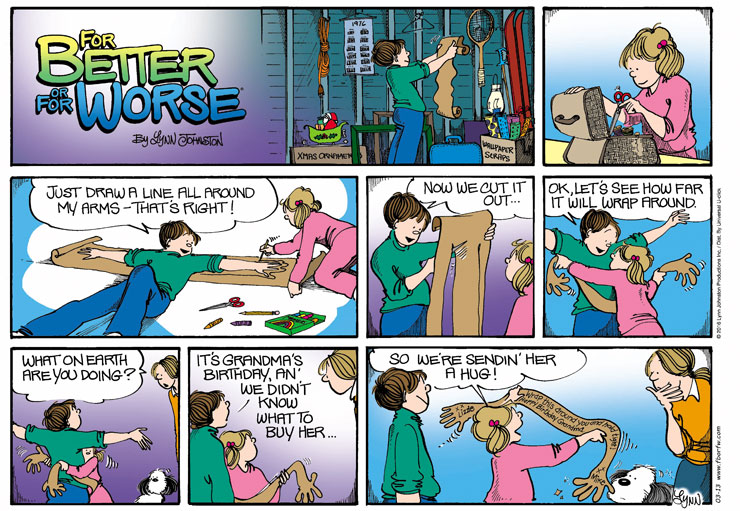 Lynn's Comments: When this strip ran, people all over the continent made paper hugs to send to loved ones all over the world. They sent me letters and photographs of the hugs they made and of the people who received them. This was a strip I didn't think was anything special. I never knew when a simple drawing I did might be seriously taken to heart.