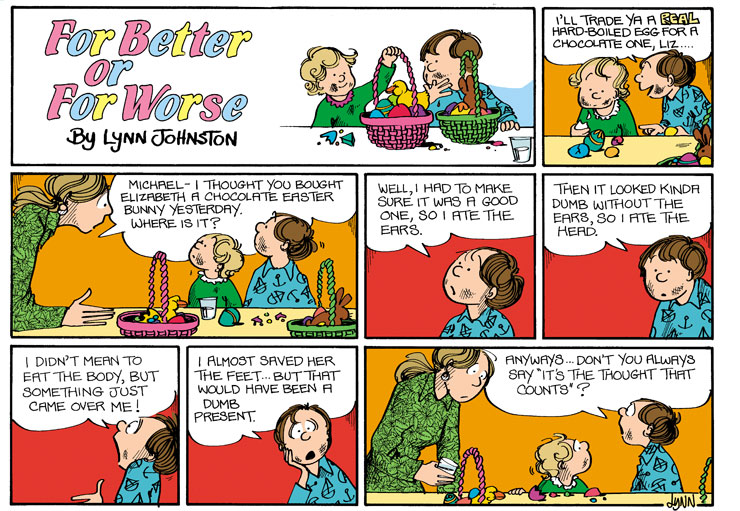 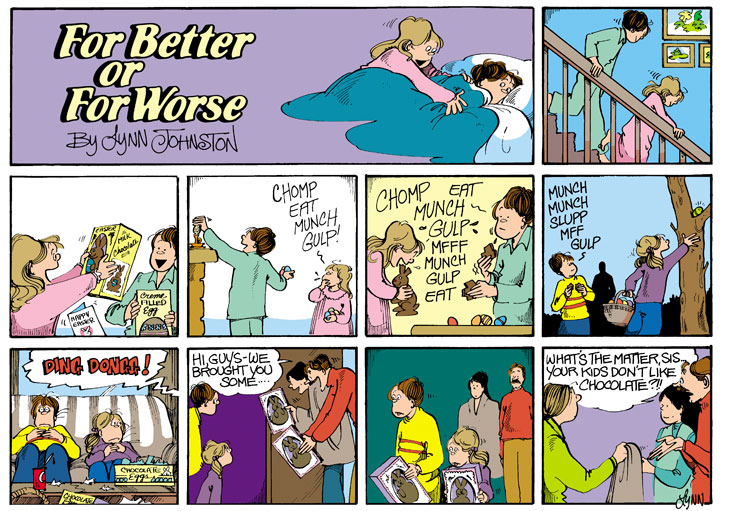 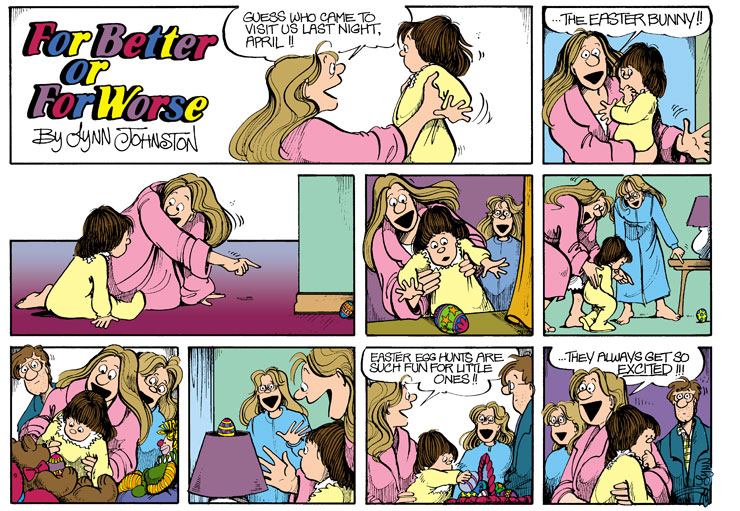 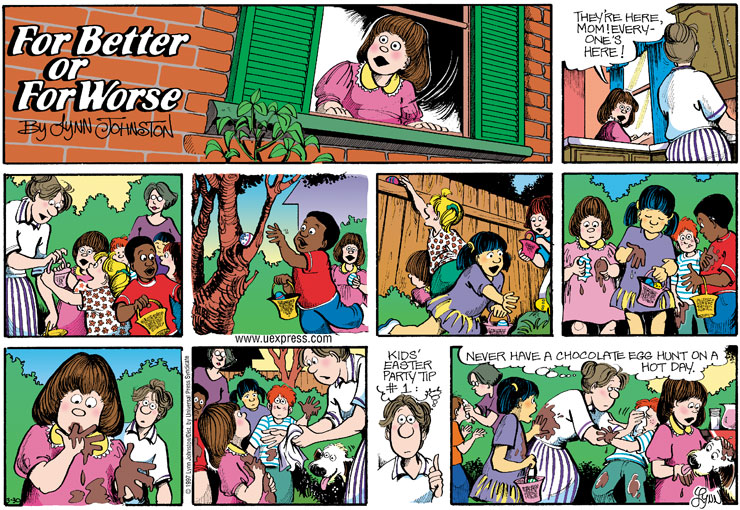 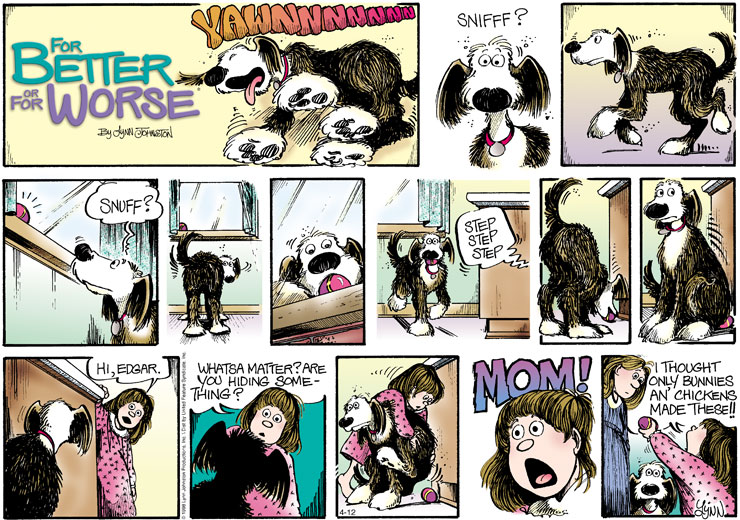 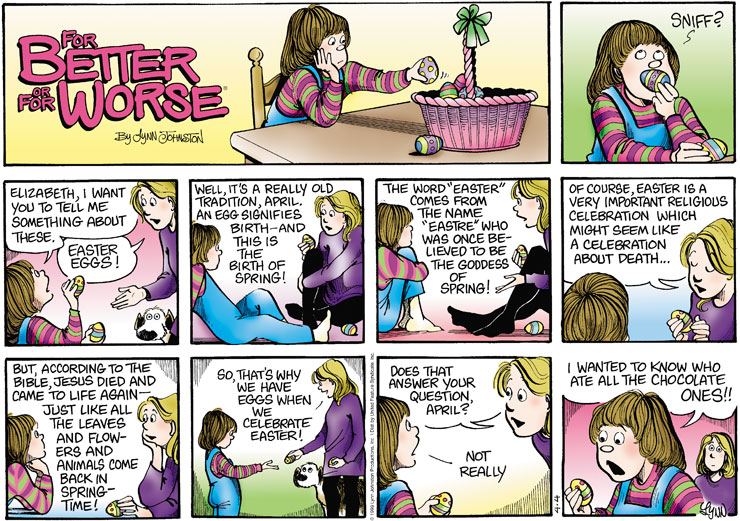 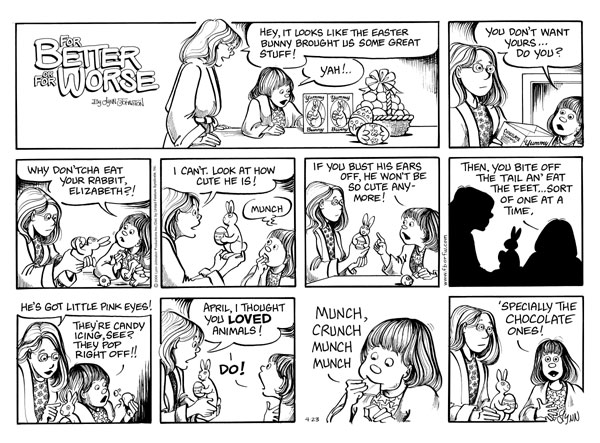 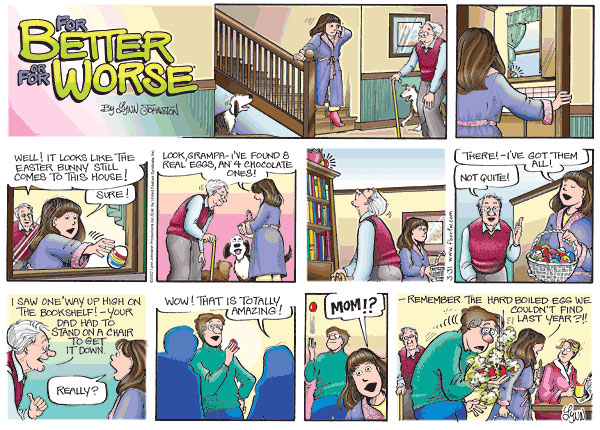 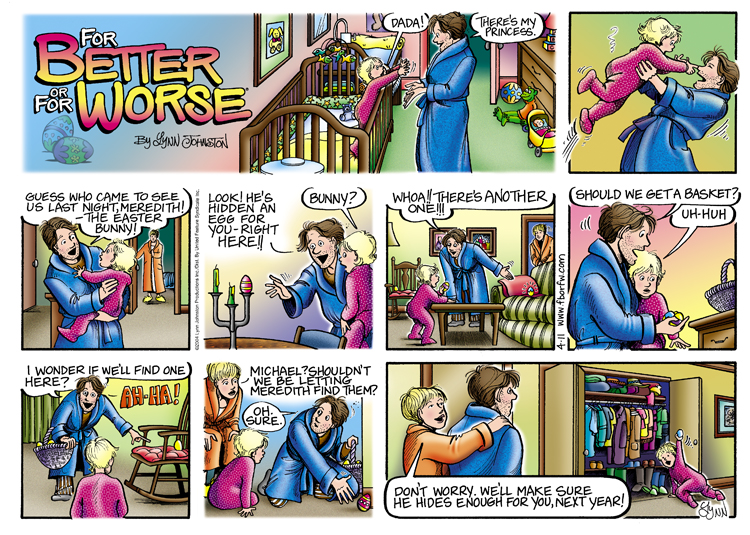 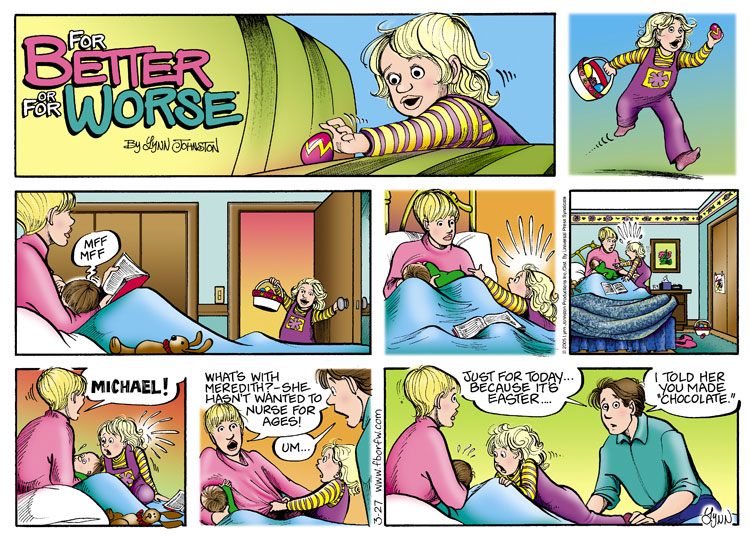 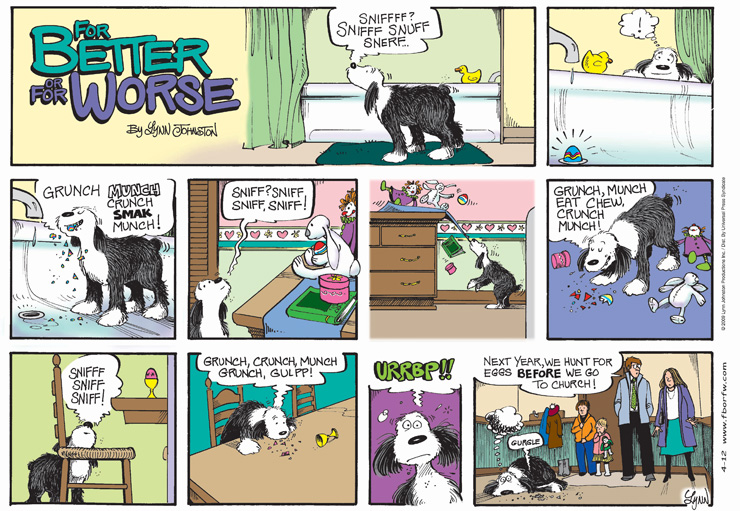 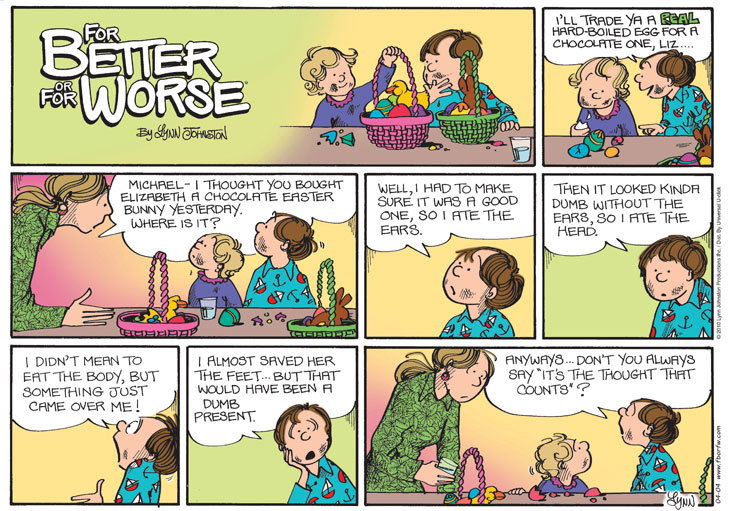 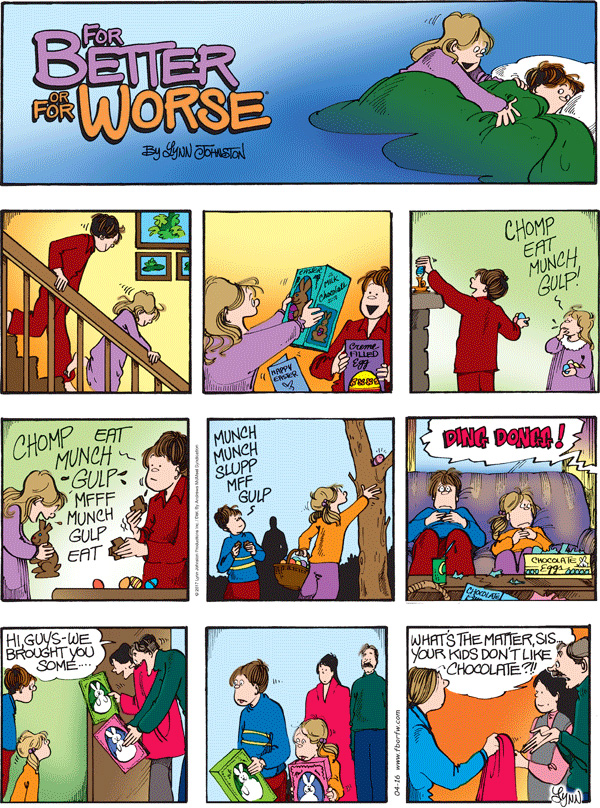 Lynn's Comments: Sometimes it’s hard to find something to say about these strips! This one is interesting only in that my colourist, Francie, and I had a discussion about the colour of the chocolate bunnies in panels 8 and 9. She wanted to make them brown chocolate. I said brown wouldn't show up in the packages, so to make them white. Well, as usual, readers sent their own thoughts, and Francie was right. I was surprised by the number of folks who had never heard of white chocolate, and those who had said it wasn't really chocolate at all. This was before the internet, so these were actual letters! Sometimes the simplest of subjects brought in the most mail. 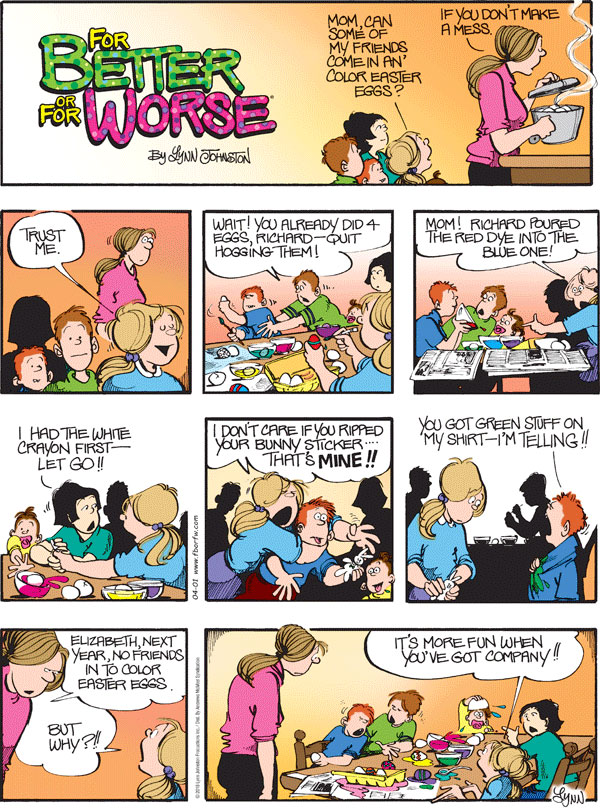