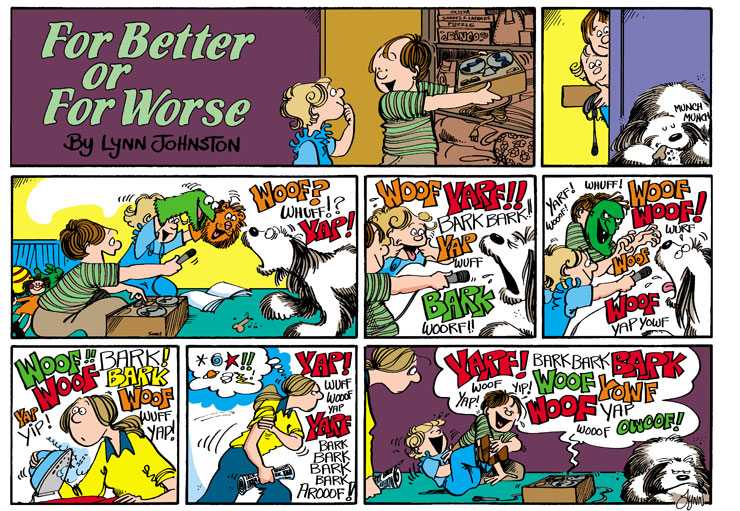 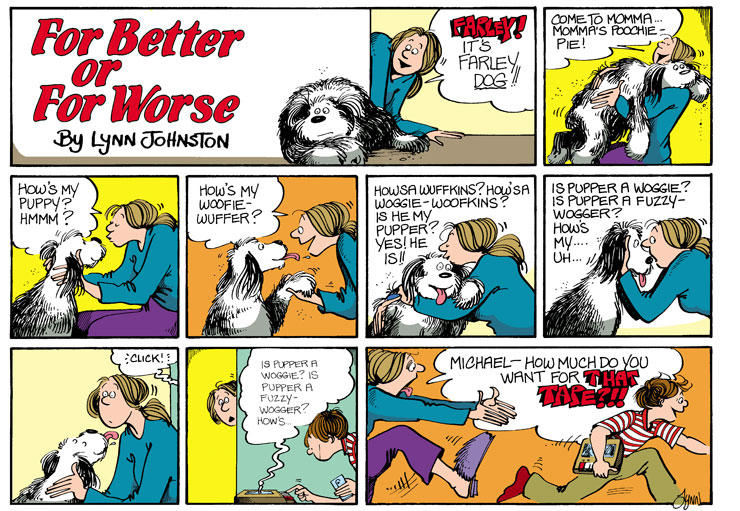 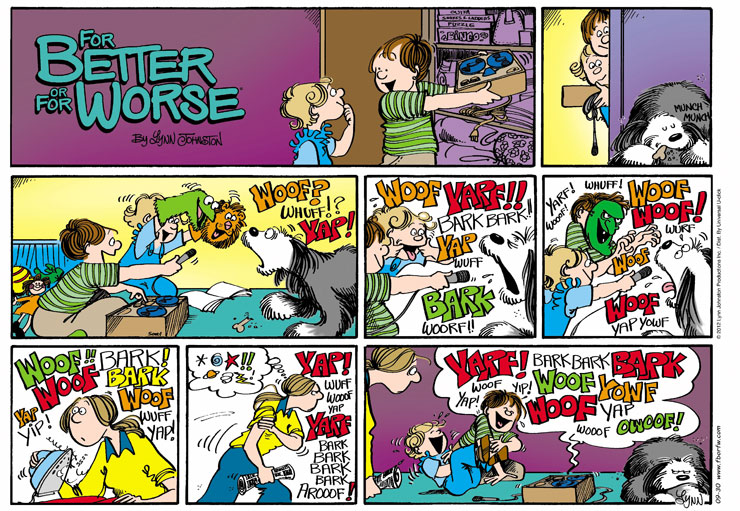 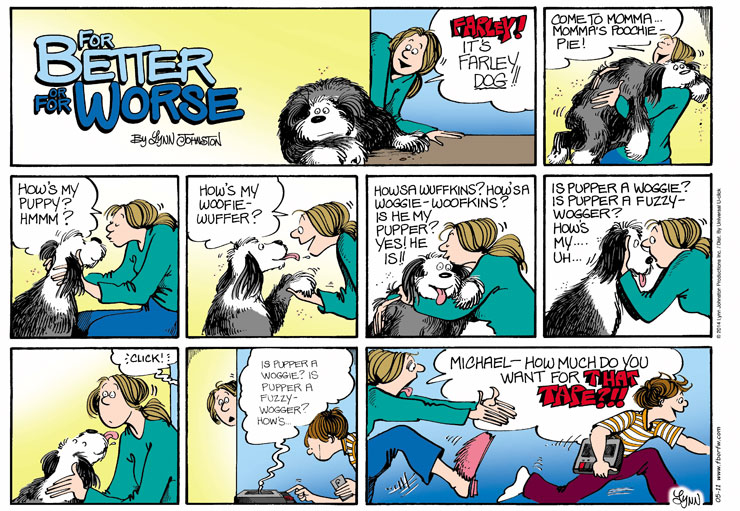 Lynn's Comments: Behind closed doors, I had a dopey, mommy-to-doggie vocabulary, which I shared with Farley alone. I even had a song I sang to him, and later, I made up a song for Willy, our small black spaniel. While openly criticizing other pooch-parents for talking baby talk to their canine family members, I was doing the very same thing. My dogs appreciated it. This was a language we shared in the privacy of my home. This Sunday page allowed readers into our secret world. I believed that the sheer stupidity of what Elly was saying would be taken as "made-up cartoon dialogue," but not so. I received several letters from readers telling me they used the exact same words of endearment!

Lynn's Comments: I wanted my son, who really had a good ear for music, to take piano lessons. In an effort to encourage him (and to learn myself) I arranged to take lessons with him. We went to a particularly strict and humourless lady who treated us exactly the same way. Admonishments like, "Keep those wrists up! Do you want to play "McDonald's Farm" for another week?!" were doled out to us both. I earnestly wanted to learn how to play the piano, but I fully understood my son's reluctance to practice because I hated to practice, too! Neither of us looked forward to the lessons, so neither of us worked hard to learn. This is a sad admission. I wish we had focused on our talent and not on our teacher!