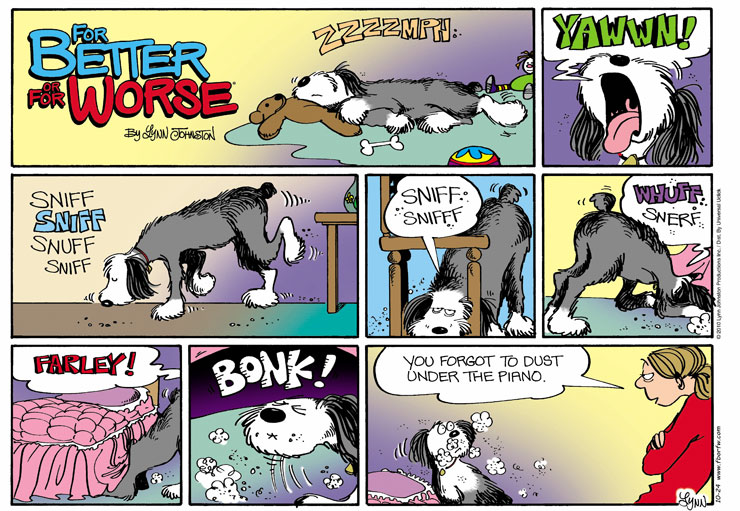 Lynn's Comments: Farley...the REAL Farley was both the source of dirt and the mop which picked it up. He would go about the house sniffing and rooting for crumbs and other household flotsam, his fuzzy face pressed to the floor. When he raised his head, his chin would be flattened and full of dust. A lot of the dust was his. He was so hairy that even with regular vacuuming, a slight breeze would cause a wave of grey to float across the kitchen. It was unending. Still, despite the responsibility and the extra work, he was loved and he was part of the family....and in retrospect, he was probably much, MUCH cleaner than the kids!

In Books: In The Beginning, There Was Chaos, Remembering Farley, The Comic Art of Lynn Johnston
Daily or Sunday: sunday
Items: bone, doll, dust bunny, teddy